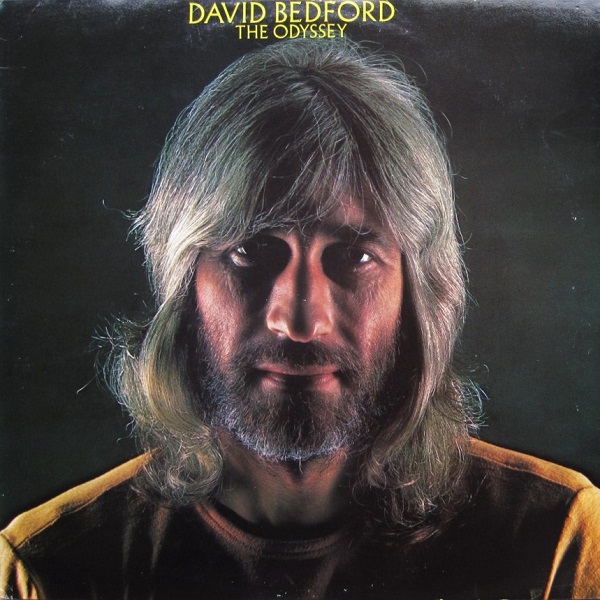 Bedford reached a new high with The Odyssey from 1976. It's based upon the Odyssey which Odysseus undertook in the eponymous book from Homer. When you look at the back of the CD, among the 11 tracks you notice the returning of "Penelope's Shroud." This returns even four times and seems like practicing a scale, but nevertheless is an impressive bridge. In "The Phaeacian Games" Bedford gets help from Mike Oldfield's guitar, instantly recognizable. In "The Sirens," a string of female choir, whirling arpeggiator, dark synth background, minimal organ and bright guitar noodling shines through a dissolving hazy light, which makes this one of the most beautiful tracks Bedford ever composed. His music always has this strong contrast of clear melodies and odd harmonies, which work wonderfully well. What makes this music so tasty are the warm sounds from the mighty Arp 2600 semi-modular Bedford plays. It's quite amazing to learn that he actually performed this work live in the Royal Albert Hall, but not without the help of 10 keyboard players! One minor flaw is the level of noise Virgin has let slip through, which can be a bit annoying during soft passages. Definitely something for Reich and Glass admirers who also have a fondness for a more symphonic approach.