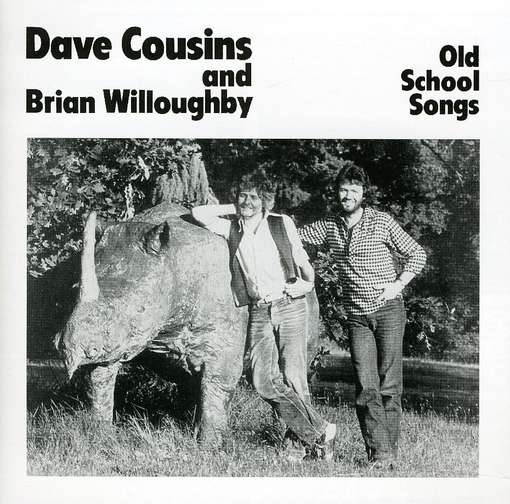 Strawbs was always a band with many faces - both musically and in terms of personnel. Of course, Dave Cousins has been the constant, from the beginnings as a bluegrass cover trio to the heights of prog-rock spectacle to the various reunions that have taken place over the decades. There have always been other songwriters in the band, sometimes even contributing hits, but Cousins' contributions form the core of the band's repertoire. His songs tend to take one of two forms: relatively simple tunes on the standard topics (relationships, mostly), and generally longer storytelling tunes. Both are represented here, and it should come as no surprise that they work perfectly well in this setting, basically two acoustic guitars. Classics from the Strawbs catalog which originally featured full band (or even more) arrangements are revealed for what they always were: folk songs gussied up. So "The Battle," "The Hangman and the Papist," and "Beside the Rio Grande" don't really rely on keyboards, electric guitars, drums and the rest to make them work, just compelling words and an expressive voice. Cousins also reaches back to his earliest days, with "Josephine, for Better or for Worse," as well as some of his non-story songs, like "Hanging in the Gallery" and "Lay Down." This collection, originally recorded in 1980 while Strawbs were inactive and the future was uncertain, can be seen as a precursor to the Acoustic Strawbs tours and recordings that would happen much later. The recording quality is somewhat erratic, though generally quite listenable. The performances are strong, and the lack of overdubs and retakes serves to highlight the performers' talents. For a listener unfamiliar with this music I would recommend starting elsewhere - either the original full-band versions or later Acoustic Strawbs releases - this is a fine addition to the catalog, and a glimpse into the long gap after the release of Deadlines.