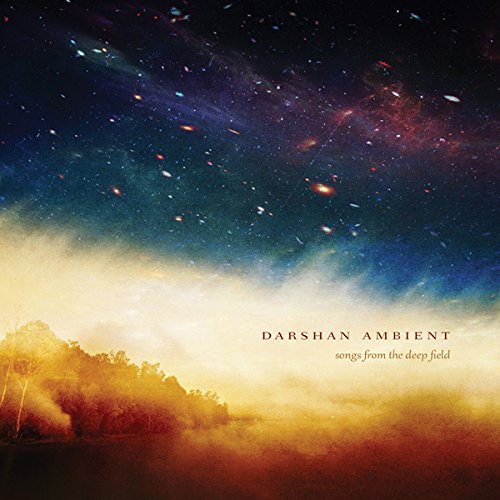 The title refers to one of the better known images captured by the Hubble Space Telescope, revealing in a tiny sliver of the sky around 1500 galaxies at various stages of stellar evolution, and provided much of the inspiration for the music at hand. Darshan Ambient is the pseudonym of multi-instrumentalist and composer Michael Allison, who worked for many years with artists as diverse as China Shop, Nona Hendryx, Richard Hell and the Voidoids, and his own band Empty House; in the early 90s he switched to a solo career in ambient and electronic music, offering a more deeply personal style. On Songs from the Deep Field, his eighth Spotted Peccary release, he presents a melodically charged instrumental style overlaid with a number of warm and rich textural backdrops, merging elements of floating space with precise melodic phrases mostly executed on synthesizers and heavily processed guitars, with some occasional sequenced bits adding a semblance of percussion, as well as some occasional voices. Some of the pieces, like “Hidden Stars” are bold compositional statements, reminiscent of Vangelis and other artists known for their soundtrack work, though most are more subtle, piecing together compatible melodic fragments working on a number of levels that unfold and evolve as each composition proceeds, offering juxtapositions of power and delicacy. While most of us got our fill of this type of music back in the 80s, when it was promoted as the next big thing, there are still plenty of resourceful artists mining this territory finding new ideas and combinations of sounds, textures and melodies that ultimately keep it vital, if not at the musical forefront.