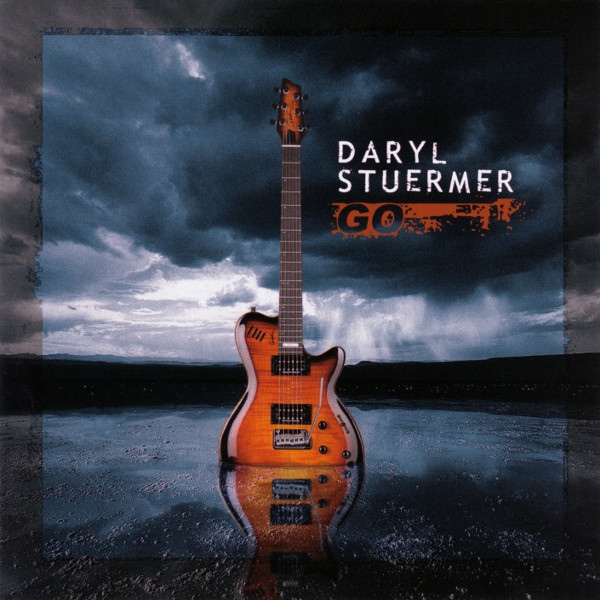 So there I was, driving across northern New Mexico and Arizona in a car with no air conditioning. Did I mention it was June? As I was sweltering, windblown by the hot desert air and traveling at 75 mph, I needed music. There was the Daryl Stuermer CD, and into the player it went. Did I mention the 88 oz. of Dr. Pepper? Turns out it was the right choice, as what better driving music is there than instrumental guitar? Playing with Genesis on the road over the years has been a good gig for Stuermer, but here he gets to show off his personal style, playing his own compositions both new and old — seven are brand new, three are previously unreleased tracks from 1974 and 1980. He’s a technically proficient guitarist, but not to the extent that the emotion is lacking. None of the tracks goes over seven minutes, so the compositional structure is tight. The guitar lines are cleanly played, with catchy melodies. The underlying chord structures have some great sequences, from jazz modulations to straight ahead rock and roll. The band members are fantastic, and include Leland Sklar and Eric Hervey on bass, Kostia on keyboards, and John Calarco on drums; except for Sklar, all the musicians are from Milwaukee where Stuermer is based. This is an album that grows on you, and there’s a joyousness to the compositions that’s infectious.