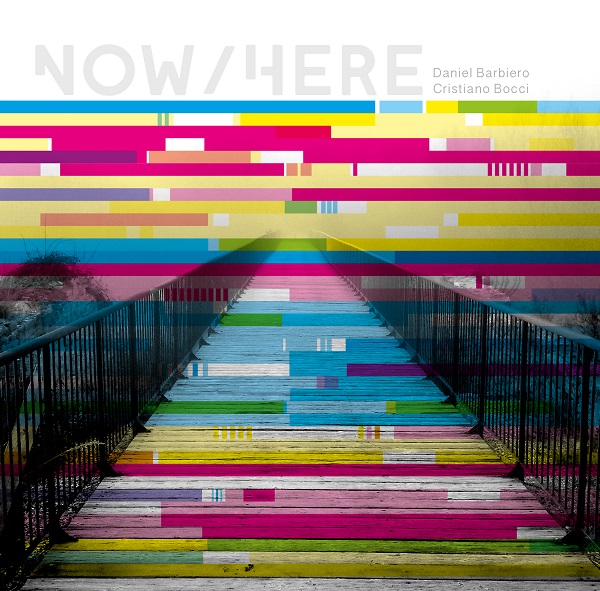 Now and here: the two most basic reference points in which we locate ourselves in time and space in any given moment, and yet both are constantly changing and shifting; by the time one recognizes them they are already gone, slipped away into the past and here quickly becoming there, with a new here quickly taking its place. Daniel Barbiero and Cristiano Bocci are two composers / musicians that truly understand their place in this schema at any given moment, with Now / Here constantly changing to inhabit the abyss of nowhere, where all that was may be no more. Barbiero and Bocci are both bassists, the former on double bass (with a bow, mostly), doubling on geomungo on one track (a Korean eleven-string traditional zither with three of those strings supporting a moving fretboard), the latter playing electric bass and doubling on electronics, which includes a plethora of percussive type sounds, and just about anything else imaginable. Whether the seven cuts herein are scored, or whether they are improvised, it’s hard to know, but both are outstanding players that seem to be anticipating the other's next move at every step. While what they are doing might easily fit into the experimental category, there are certainly elements of jazz present on most of these numbers, though free of any limitations of meter — one can’t tap your foot or dance to it, it just sort of expands freely out in all directions simultaneously. Standouts include the eleven-minute multi-part “Paths,” the rumbling and chaotic “Ten Lines for Nowhere” with its ongoing chirping bowed loop fading in and out, and the two-part twelve-minute epic “Elegy for Time and Space” where some very unusual (and equally unidentifiable) sounds are being produced. For listeners who love the explorative side of “free” music, Now / Here certainly delivers the goods.