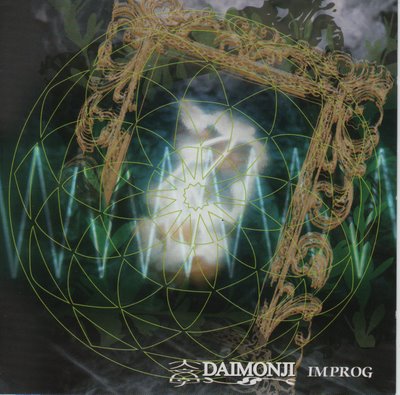 We really shouldn’t be surprised at the number of different projects involving keyboardist Hoppy Kamiyama and drummer Tatsuya Yoshida. After all, back in the 60s, nobody thought it was odd that Herbie Hancock and Tony Williams ended up on so many people’s records. Those two free agents are joined by bassist Nasuno Mitsuru for this set of improvised music, the offshoot of their warm-ups for another group that features them all, the Jun Togawa Band. Unlike much improvised music, they don’t really wander into anything resembling free jazz or typical droning rock jams, but manage a surprisingly coherent flow, with varying sections following each other spontaneously. They originally called themselves Improg, but eventually settled on Daimonji and gave their first album the old band name (they have since released a follow-up, which I have not yet heard). “Improg” suits the music perfectly, as it is improvised but sounds amazingly like progressive rock, mostly due to Kamiyama’s keyboard style; he relies heavily on electric piano and single-line synthesizer parts, and doesn’t often venture into pure atonality. Yoshida follows his lead telepathically with his characteristic loose-but-tight playing toned down a bit from his jazzier work or Ruins. Both Kamiyama and Yoshida indulge themselves from time to time with borderline goofy singing, and when they mimic the instrumental parts vocally the result is an illusion of pre-arrangement. The net result is an improvised album that could very well appeal to listeners who are not fond of improvised albums.