Cuneiform Turns 30: The Albums of 2014: a "Name Your Price" Compilation Album

On Thanksgiving 2014, Cuneiform expresses gratitude for surviving over the past 30 years inside the music business, despite being a record label devoted to releasing music far outside the mainstream. Cuneiform released 20 albums of high-quality, genre-defiant music in 2014, the largest number of albums they have ever released in a single year! 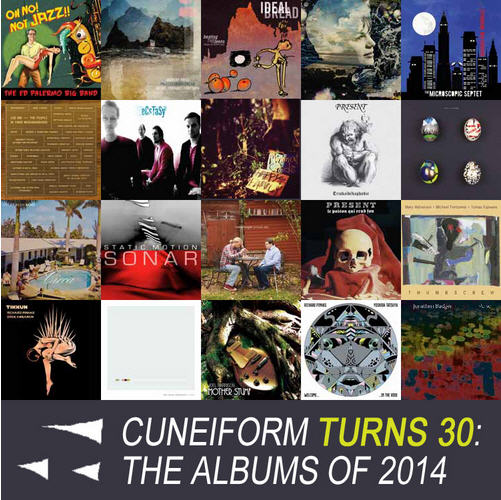 To spotlight each of our 2014 releases and to celebrate our 30th Anniversary Year, Cuneiform is digitally releasing Cuneiform Turns 30! The Albums of 2014. We invite you to celebrate with us by downloading this 20 track compilation album, and to pay what you like – including 0. Cuneiform Turns 30! The Albums of 2014 is a cornucopia of the adventurous sounds we released over the past year; there's something for everyone to enjoy.