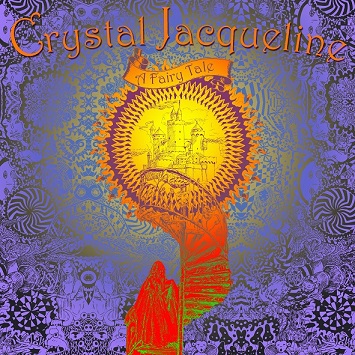 One of the recent Fruits de Mer releases is a 7 inch from someone new to the label, Crystal Jacqueline from the Welsh band Honey Pot. This colored vinyl gem features three cover tunes from the golden age of psych. Crystal is joined by her bandmate Icarus Peel, who assisted with and orchestrated these three songs. The first song is a cover of The Troggs’ weird and disturbing “Cousin Jane,” an obscure song about incest recorded well after their infamous “Wild Thing.” Crystal Jacqueline takes “Cousin Jane” and imbues it with a creepy and dark ambiance that would go well with anything produced by David Lynch. Plus, I find myself afterwards singing the song as well. It makes quite an impression! The second song is a juicy cover of Second Hand’s long lost 1968 classic “A Fairy Tale.” And the third song is a meticulously crafted, slow, dark, and haunting rendition of the Stone’s classic “Play with Fire.” Cue Rod Serling. Dee, dee, dee, dee. Picture, if you will, the Velvet Underground and the ghost of Jim Morrison in a dark room arranging and singing this song. You might then begin to understand the vibe on this closing track. And to put the cherry on top, the Fruits de Mer artwork is outstanding! I can only hope to hear more of the same from Crystal in the future.