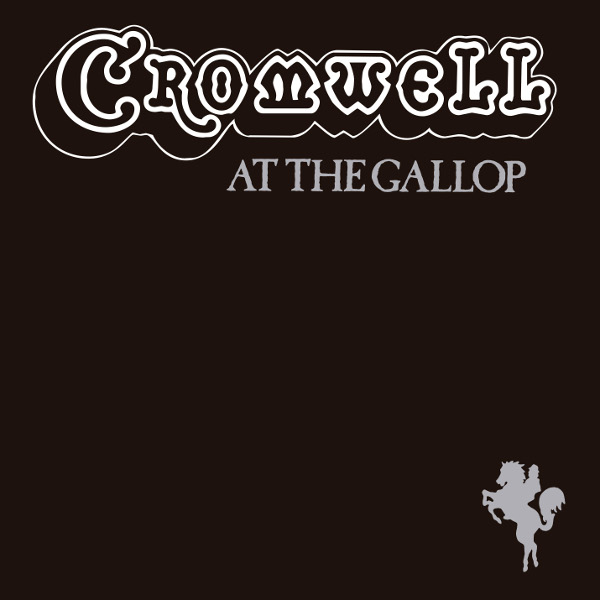 Cromwell was an obscure Irish band that self-released an album in 1975, then promptly disappeared. Over the years At the Gallop has become a much sought after collectible, claiming prices in excess of $500 whenever a copy surfaces. Now in 2017, Got Kinda Lost, through the goods guys at Guerssen, has officially reissued this LP along with bonus tracks from Cromwell’s equally rare singles on both CD and LP. At the Gallop is kind of a mixed bag of garage band, pop rock ballads, Southern rock, pub rock, pseudo Country and Western, and pre-punk songs, plus one experimental track that closed the original album. Some interesting bits are the opening song, “Ireland (The Wild One),” with its scraped percussion and guitar evoking Pink Floyd’s “Interstellar Overdive” but not the extended psych jam; the pseudo-Beatles love ballad “First Day;” the rocker “You Got It Made” evoking both David Bowie and The Cars; the slide guitar on the title track, “Nothing Left to See,” and “Deal Me In;” the killer “Guinness Rock” with its galloping bass and catchy guitar riff and the 45 single version that is far superior and edgier; the superb instrumental “Hoodwinked” with its lyrical solo guitar sounding quite a bit like “Town without Pity;” the pre-punk “Stomp Stomp Stomp” that touches upon “Nightclubbing” and could have been much stronger and strident with screamed vocals; and the odd wad “Dawson’s Fun Palace” that consists of spoken words, running footsteps, crowd noises with multiple concurrent conversations, strains of “Guinness Rock,” and an abrupt stop followed immediately by chirping birds and someone whistling the “Guinness Rock” guitar riff. This reissue is worth the price just to hear Patrick Brady’s minor-guitar-hero chops.