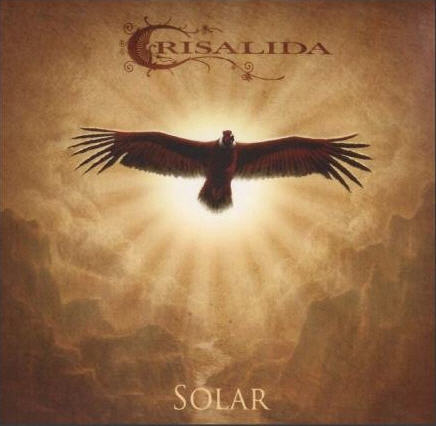 On this, their third full-length release, Chilean five-piece Crisálida further refines their style, alternating between crunchy, prog-metal influenced moments and more wide-ranging progressive moves that showcase the versatility of the players in different settings, and a fluid compositional style. At the heart of the band is founding member and singer Cinthia Santibañez, powerful and spirited, delivering precisely what is needed at any given moment – a wailing cry in a restrained range on the more metal-influenced numbers, to an emotional full range soulful approach (often with multi-tracked harmony and background voices) on the more diverse and progressive tracks. It's this aspect of the band’s sound that keeps this writer coming back for repeat listens; it's hard not to be won over by such a beautiful voice. Lyrics are exclusively in Spanish. The players all do their part as well: new guitarist Javier Sepulveda comes forward with all guns blazing at the heavier moments, but can effortlessly swing into a jazzier supportive role or offer up spirited solos; whatever needs to be done, he's certainly up to the task. Two different keyboardists are featured: Felipe Troncoso, who played on the band's previous album is only on three cuts here, replaced by Mauricio Olivares on the remaining six. The formidable rhythm section of Rodrigo Castro (b) and Rodrigo Sanchez (d) are both veterans of the band's previous album Raco from 2009. The beautiful piano based instrumental "Raíz" closes the album nicely. All taken, Solar is an outstanding effort that deserves to be heard.