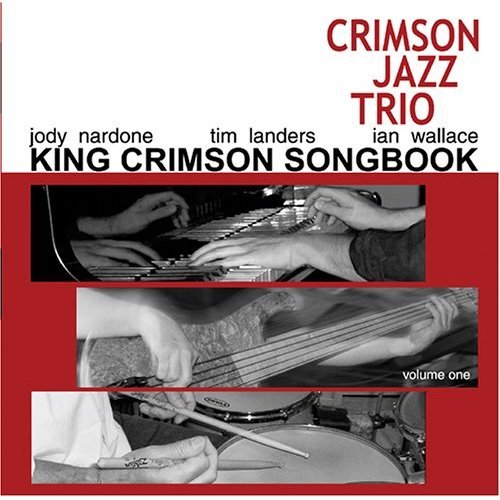 Veteran session drummer Ian Wallace leads a capable international trio with this first volume of King Crimson classics done up for modern piano-based ensemble. The key to the dizzying success of the eight tracks is in the spirit of the arrangements, which are dramatically different from the original pieces. Chords and melody lines are still recognizable but signature pieces such as “21st Century Schizoid Man” and “Red” have been transformed into new incarnations that are a joyful noise. The former piece opens the disc in striking form with pianist Jody Nardone (who has also worked with songwriter Jeff Black) flashing solid chops to push the song forward rhythmically. Perhaps the most fully realized arrangements are served on “Starless” and “Ladies of the Road.” “Starless” retains the restrained moodiness of the original as the trio quietly builds tension. “Ladies of the Road” dates to Wallace’s time in the original group and is purposefully less brash than its predecessor. The Discipline line-up material is also represented by two pieces, “Three of a Perfect Pair” and the sonic ballad “Matte Kudasai.” The former song benefits from band synergy particularly between Wallace and bassist Tim Landers (ex-Vital Information). Overall the key point is that this is a live working act that needs to be seen to confirm the prowess of the players and performance.