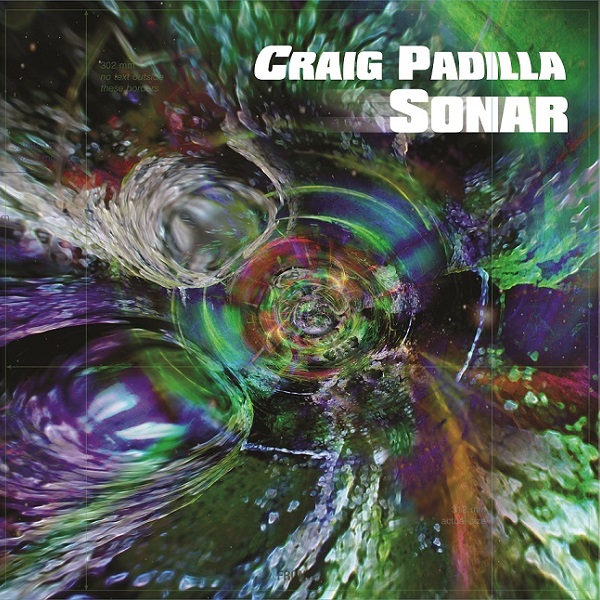 Here we have a second gorgeous FdM release. They are on a roll this year! The cover art and gatefold packaging are outstanding. This is the second time Craig Padilla has appeared on an FdM release, the first being last year's mammoth Strange Fish compilation. Now Sonar is his first solo FdM release and only his second time to appear on vinyl. Sonar is actually a compilation of Craig’s music spanning his 20 years of recording, but the first time any of this music has been released. Craig and Keith Jones/FdM collaborated on choosing the track order to provide a consistent feel across the four sides, and it works marvelously. Having grown up listening to Tangerine Dream, Klaus Schulze, Kraftwerk, Wendy Carlos, etc. Craig learned from these masters to craft a style that extends what they began. The result on Sonar is 93 minutes of gently floating sequencer driven analog electronic music. The opening track is “In Search of Stranger Fish,” a short minute-and-a-half New Agey track. The next is an Edgar Froese influenced guitar and sequencer piece with a Klaus Schulzian title, “Velvet Moon.” The third track is “Cosmic Dawn” with cold washes of pink noise and sequencers that morph into floating electronics and guitar sequences much like Tangerine Dream. The fourth track, “Challenge Deep,” takes it up a notch with its pentatonic sequences. And the first disc closes with another excellent track featuring swooping electronics, “Beyond the Lightning.” The second disc contains two lengthy compositions, one per side, the title track “Sonar” and “Awaken to a Dream.” Both are wonderful ambient floating compositions. By all means try to find a copy of this double LP.

Ricochet - Zarah - A Teartown Story – Gradually over the last few years, with the help of Progrock Records distribution, Ricochet is gaining word-of-mouth momentum on the prog metal scene. From the outset the Hamburg band has all the...  (2007) » Read more