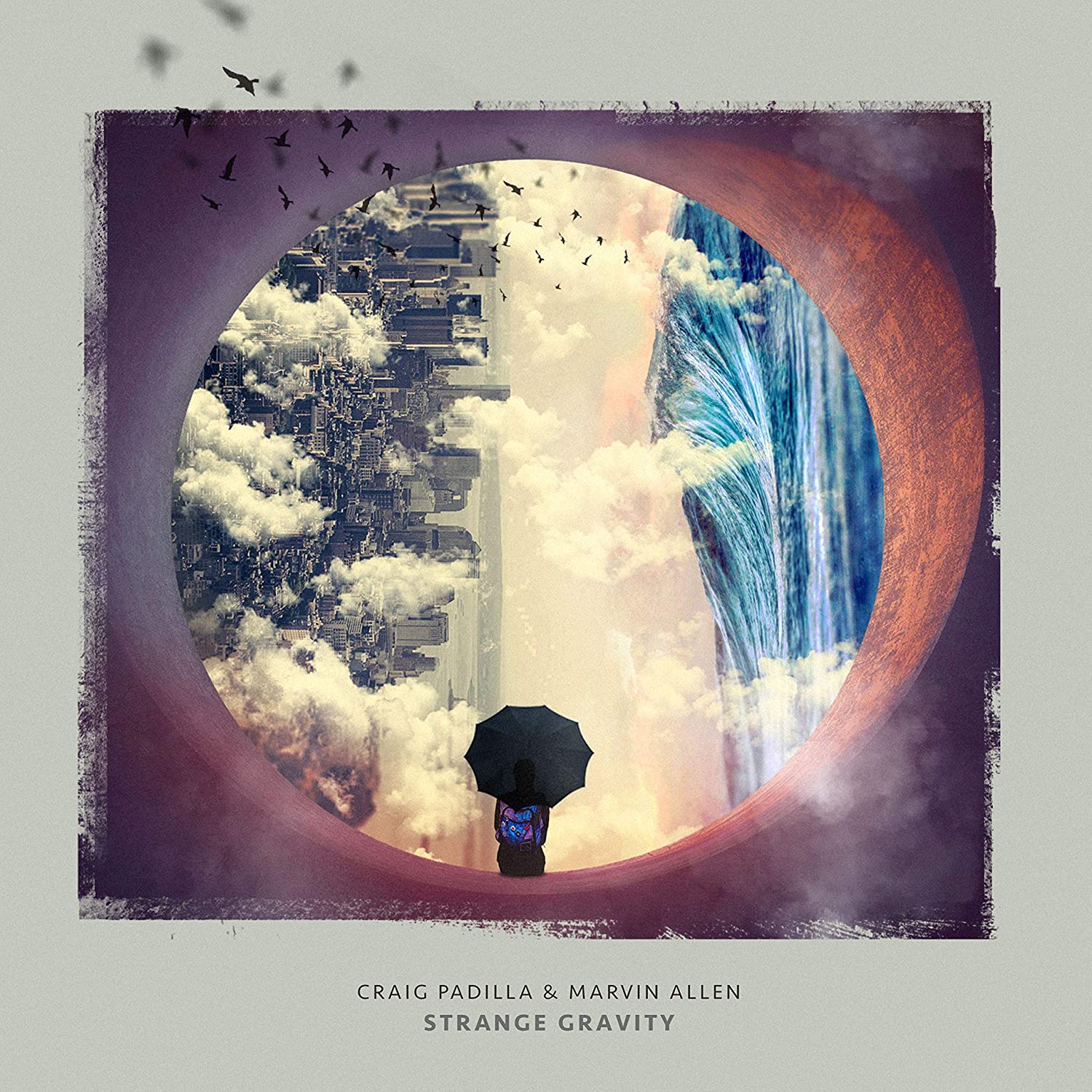 In mid 2019 we reviewed the first Spotted Peccary collaboration between longtime electronic music veteran Craig Padilla and Northern California based multi-instrumentalist Marvin Allen titled Toward the Horizon; now after less than two years they are back with their second installment of what seems to be an ongoing concept series (evident via the album’s artwork themes as well as the musical style), the latest titled Strange Gravity. For his part, Allen sticks to guitar (with all of the effects for power and drama) as well as Theremin, while Padilla works his magic on various synthesizers and sequencers, as well as (very occasional) percussive programming. There are five tracks here, the opening title track and closing epic “All around Us” are both album-side length — in excess of eighteen minutes, but don’t get the idea that these are just some extended Berlin style sequencer workouts, they are not — in fact they are both seemingly is a constant state of change, morphing as they proceed, even fading to black at points, and coming back with an entirely different idea, sometimes gentle and sometimes extremely powerful, the one constant is that each piece is always in an ongoing state of restless change. Allen, for his part, is not trying to make his guitars sound like a synthesizers, they are right there with all the power and driving crunch that supports and accentuates what Padilla is masterfully doing with his synths, whether they be floating or textural or sequencing, the two players are right there complimenting each other. Between these massive bookends are three shorter tracks, “The Revelation,” “Friendship” (eleven minutes, not too much shorter!) and the near-ten minute “Fractured Illumination,” all of which deal their own special brand of majestic power, moving effortlessly between dreamy textures, hypnotic sequences, soaring flights, and gentle touch-downs, the duo manages to hold the listener’s interest throughout. Overall, Strange Gravity is a most impressive release that offers a perfect follow-up to their 2019 debut.