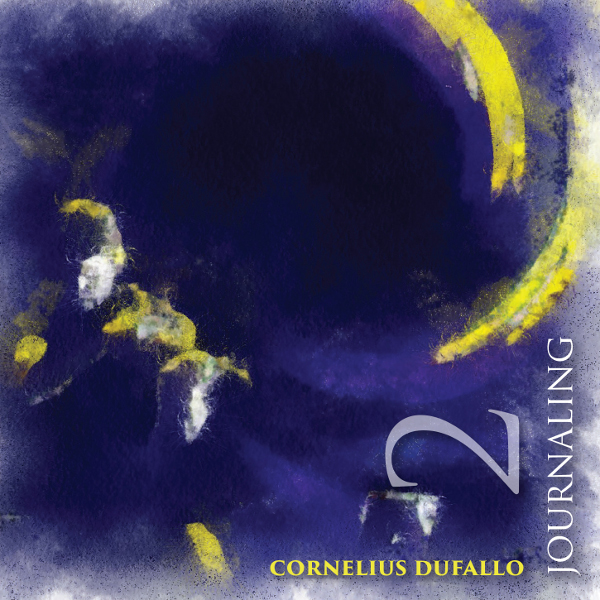 Dufallo is a violinist and composer who in 2009 began a “journaling” concert series to document the work of living composers, thereby creating a repertoire of 21st century violin music. A few years ago, in 2012, Innova released Dufallo’s Journaling, created from the first group of these concerts. At hand we have the follow-up, Journaling 2, featuring six new pieces – one each composed by Armando Bayolo, Kinan Azmeh, Guy Barash, Raven Chacon, Missy Mazzoli, and one composed by Dufallo himself. These pieces are performed entirely by Dufallo himself, using violin (standard and extended techniques), processing, live electronics, loops, and such. The opener is Kinan Azmeh’s “How Many Would It Take,” a composition that conveys the tragic realities of civil war in his native Syria, while Dufallo does a masterful job of conveying that feeling. Many of the other pieces here tend to be abstract, sparse, dark, and somewhat experimental feeling, conveying through their melodies a sense of joy, introspection, sadness, and alienation as only a solo violin can do. As for the performance, Dufallo is an amazing player, a veteran of numerous notable ensembles (Flux Quartet, Ne(x)tworks, ETHEL) from 1996 onward, and does an outstanding job with each of these compositions. On Armando Bayolo’s “Tusch,” Dufallo uses loops and a number of effects to recreate the sound of a much larger ensemble over the course of its ten-plus minute duration, making it one of the most impressive pieces in this collection. Dufallo’s own composition “Reverie” closes the set, blending violin seamlessly into the fabric of numerous electronic sounds. All taken, Journaling 2 brings together some wildly interesting and imaginative compositions with superb performances.