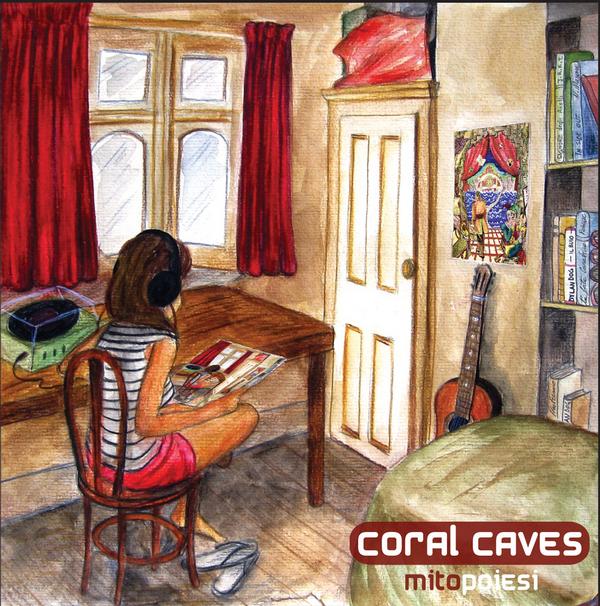 Coral Caves is an Italian band that proves good solid progressive rock doesn’t have to be overly complex to be good. I hear elements of early Genesis, mid-70s Pink Floyd, Camel, and of course a variety of classic Italian bands, but these factors are blended together in an appealing way, so I don’t mind what could be called derivative sounds. I must admit I can’t think of another band with this precise mix of influences, so I’ll just smile and accept the fact that I rather enjoy it. Moog-like leads, heavy string synth, classic organ sounds (including some very Banksian arpeggios), and even some soaring slide guitar figure into the mix, and the lead vocals have a touch of grit to spice up the delivery, plus just a bit of the quaver you heard with Bernardo Lanzetti. The guitar has a touch of blues in the phrasing, but doesn’t seem out of place, more David Gilmour or Andrew Latimer than Eric Clapton or Stevie Ray Vaughan. Tracks are generally of middling length (five to eight minutes), though the finale runs to 13; all songs feature varying sections, sometimes even changing tempo, though they all hold together and don’t seem gratuitous. The production is clean and natural, just letting the music speak for itself without any trickery. All in all, lots of fun to listen to, if not challenging.