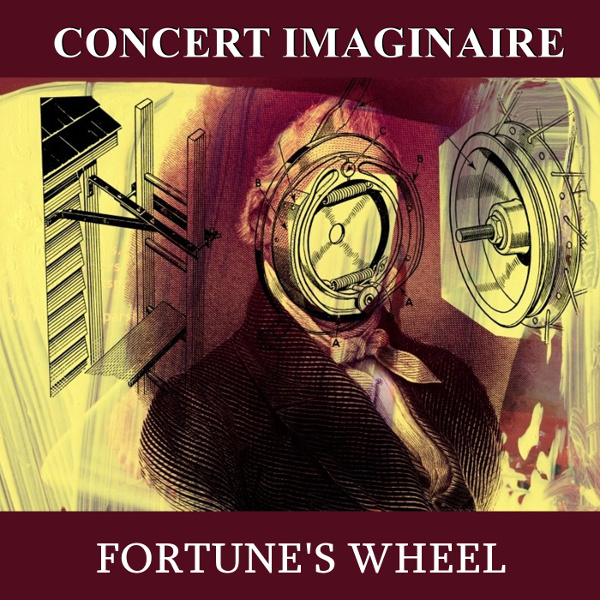 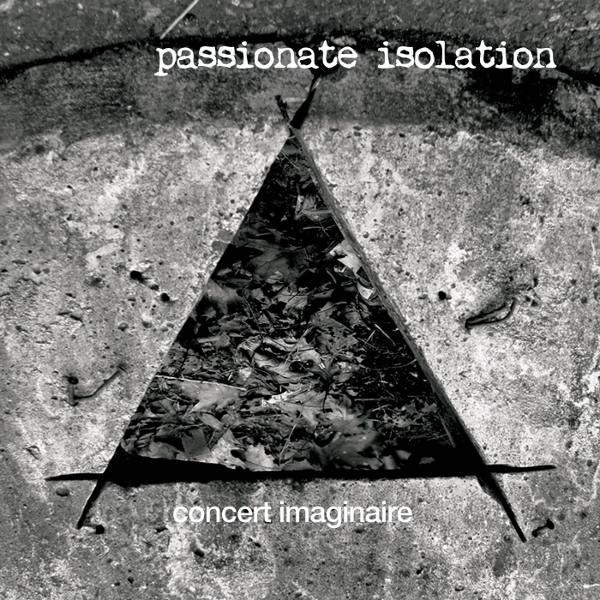 This interesting and eclectic group has been escaping my attention for many years, in spite of sharing my home town. Musical director David Hahn started Concert Imaginaire in 2011 as an acoustic/electric chamber ensemble featuring his own guitar playing along with a core consisting of Leslie Shank (violin), Evan Robertson (bass), Becca Baggenstoss (percussion), and Lewis Thompson (piano). They are joined by others as needed, including dancers for live performances. Their music ranges pretty widely, from abstract sound collages to delicate chamber music to quirky art-rock. These two releases both came out in 2017, with Fortune’s Wheel in June and Passionate Isolation in December.

Fortune’s Wheel starts with a brief “IntrOverture” featuring sampled voices and some electronic noises, then dives into the title track, a moody piece featuring a lovely melody on violin and wordless voice backed by arpeggios on piano and guitar. The next track ventures into real RIO territory, with an insistent bass line, a jagged melody played by violin and guitar, and dissonant stabs on synthesizer. With “Massacre of Suns,” we get the first lyrics on the album, on a short track arranged with a synth drone and tinkling percussion. The track “I Hate Being White” is the album’s main misstep, a warped, funky art-pop tune that would have been at home in the early 80s. Unfortunately, it just doesn’t work, and not just because it doesn’t fit in stylistically with the rest of the tracks. Other tracks revisit RIO styles, including some free improvisation with violin and electronics. “Like You Thought…” reminds me a bit of The Science Group, with esoteric lyrics set to a challenging melody and insistent, dissonant backing. All in all, it’s a promising debut, if a bit disjointed, with a distinctive sound and some excellent instrumental work. Leslie Shank’s violin is especially impressive, and the general lack of a conventional drum kit cements the unconventionality.

Passionate Isolation sounds like a much more mature and focussed band. After another “IntrOverture,” this one featuring snippets of the previous album, they dive into “Sand Dune,” which has a bit of the vibe of a Kurt Weill song filtered through a dark RIO lens. The three-part title suite is one of the best statements of the band’s identity, a modern chamber piece for piano, violin, bass, guitar, and percussion. The gnarly, angular melodies should please devotees of both Béla Bartók and King Crimson, and fans of Univers Zero and Present will be right at home. “Tautologies” introduces a new sound — a flute playing a challenging part backed by electronic noises, later joined by piano (I’m tempted to say “pianos” because it sounds like more than two hands are involved) and then other keyboards. Later, there’s an odd diversion mashing up “Ave Maria” with party noisemakers and squeaky toys, which provides a break from the seriousness. On the whole, Passionate Isolation is quieter and more moody, with the most intense music placed in the first half, but is a more satisfying listen than the first album. Both of these recordings provide evidence that RIO is alive and well in the Northwest, and I’m looking forward to hearing where this group goes next.