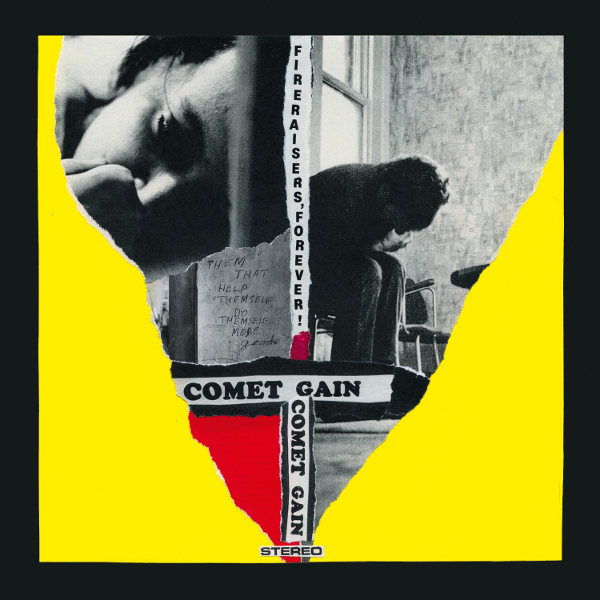 Comet Gain is a London-based punk and soul and damaged rock 'n' roll band. Long-term members include David Feck (AKA David Christian), Rachel Evans, Jon Slade, Kay Ishikawa, Anne-Laure Guillian, and Woodie Taylor. David formed Comet Gain in Oxford in 1992. They have an extensive discography with Fireraisers, Forever! being their latest release. Recorded in a living room in North London the music has a DIY / garage band / post punk sound. This is protest music about a variety of topics:

...songs about the evil greedy mirage of world religion, Victor Jara and those poets and teachers killed for believing in love and words, about the forgotten who are blamed for everything and can't rise up from their knees to fight back, about the high street Kali-Yuga, occult terrorists with low IQ but high ESP, about the Godfrey Brothers, about Lou Reed’s mourning dog on a road trip trying to bury his masters mullet somewhere in the desert, about those stuck in the glory days of their past myopic of the present and all the other usual losers and romantics we always bang on about – with added melody and stomp… giving no real answers but pointing fingers and prodding you in the back ... in defiance of just staying silent and letting the morons win.

(from the Tapete info sheet)

The album is roughly 40 minutes of post punk Wire-influenced music with cheesy organ. An interesting oasis of music in today’s world of uncertainty.