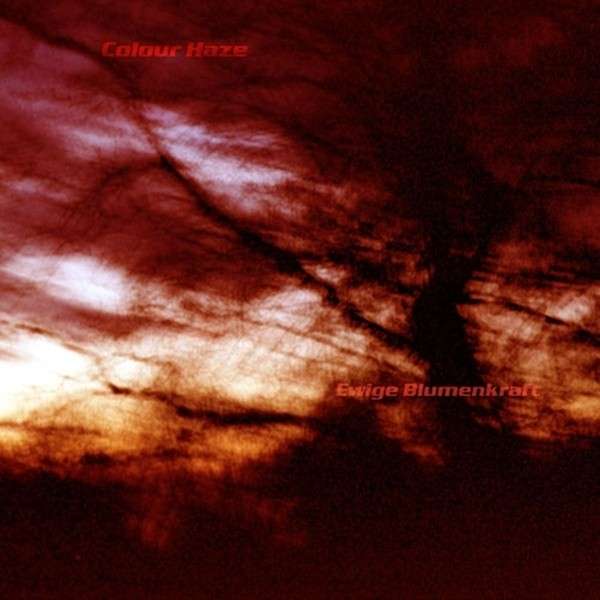 The first thing and last thing one will hear on every track here is the raw 60 cycle hum of amplifiers or crappy guitar pickups. This is a reissue of Colour Haze’s fifth album from 2001, originally a CD-R but now released as a double LP set and as a proper CD; it’s not the best engineered recording, but if one is familiar with their more recent recordings like All and She Said, it does illustrate how far this trio, led by guitarist and singer Stefan Koglek has come in the last twelve years. The basic playing is superb, the singing is kind of so-so (fortunately much of it is instrumental, or the vocals tend to be buried under a wall of sludgy sound), and the compositions are pretty much just simple hard rock riffage repeated over and over – most don’t do a whole lot over their duration, like some of those early Hawkwind songs that took up an entire album side. Drummer Manfred Merwald and bassist Philipp Rasthofer do a fine job holding down the bottom end, and Koglek punctuates the din with some nice leads from time to time, brief as they may be, often a bit reminiscent of Hendrix’ noodling. I guess the most limiting thing here is that almost every cut uses the same hyper-distorted guitar effects, the fuzz dialed up to eleven or beyond, top to bottom; after four sides of that it starts to get a little old. The final track “Elektrohasch” is the most satisfying piece here, launching with some tasty guitar work, but eventually descends back into the fuzzy riffage like everything before it. If one hasn’t heard Colour Haze before, be advised to start with their newer albums, which are far more inspired and better recorded. This one is for the hard core fans.