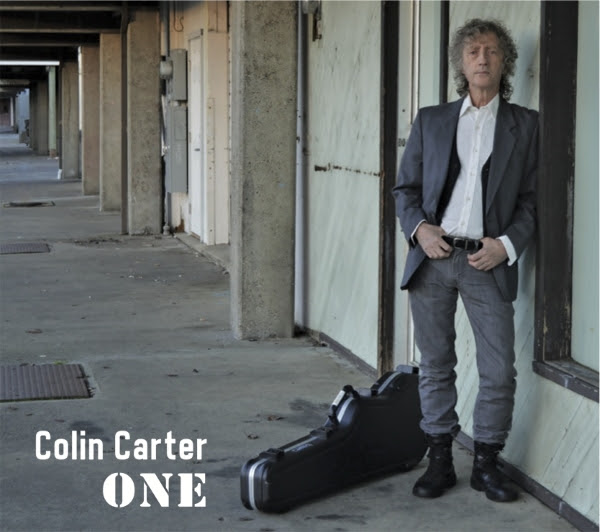 Like the recently reviewed album by David Cross and David Jackson, this is a new recording by a musician best known as a member of a classic 70s band. In this case, it’s Colin Carter, lead singer of Flash, and while that band was best known for the distinctive guitar playing of Peter Banks, Carter’s strong vocal presence helped the music to work. One presents ten tracks of solidly performed rock with no real hints of prog to be found. As such, expectations must be adjusted in order to give it a fair shake. Carter’s voice has aged well, and while he doesn’t venture into the upper register like he used to, he has a warm quality that is very expressive, and most songs feature multiple overdubbed parts that are very creatively arranged, not merely providing harmonic support but differing interpretations of the main line. A few of the songs stray outside standard AOR fare, like “Highway to Oblivion,” which has some edgy tritone jumps and nice rhythmic turns. Carter plays most of the instruments himself, with some keyboard help from Doro Reeves and three different drummers (Michael Cardell, Flash alum Mike Hough, and Tom Beckstrom) on different tracks; Clint Bahr contributes some bass, mandolin, and synth. “Cafe Elektric” ventures into different territory, with a rollicking circus-like sound in triple time and woozy chromatic harmonization. Another track of note is “Munich Song,” the longest of the set, which starts with a gritty dissonant guitar line, then moves into a dreamy section of slow vocal lines over a droning bass part. The chorus snaps into a majestic chord progression, but it’s not at all pretentious. “Tortuga Tonight” is a kind of sea shanty, an unexpected twist that diverges from rock but fits in as a brief detour. While Colin Carter is not breaking any new ground with One, it’s to his credit that he’s also not trying to recreate his past successes, and one can hope that there’s a place in today’s world for well-written, mature rock music that exists apart from the fickle trends of fashion.