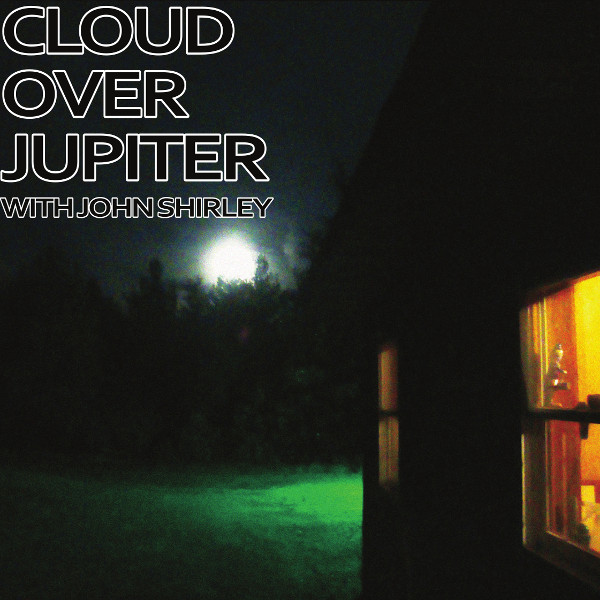 Rock music infused with science fiction is nothing new, going back to the 60s, with plenty of examples offering varying levels of success on both musical and science-fictional levels. There has been good music with bad science fiction, bad music with good science fiction, and everything in between. For this Cloud over Jupiter release, Jerry King is working with well-known SF author John Shirley, who is generally associated with the cyberpunk genre, though he’s written in other styles as well. And he has a long history in music as well, going back to a punk band called Sado-Nation in Portland, Oregon — and he also wrote some lyrics for Blue Öyster Cult. Short Stories for Tall Aliens sees him working with Jerry King and such luminaries as Dave Newhouse, Paul Sears, Bret Harold, and Pete Prown. Musically, the album is quite solid, covering a range of rock styles from heavy to more atmospheric, with hints of space rock and classic 70s music. Guitars, keys, bass, and drums provide creative backing for Shirley’s vocals, which are more or less spoken with occasional concessions to melody. While the lyrics are good, his declamatory style might be the deciding factor on whether listeners go for the album, as they are quite prominent when present. There are lots of great instrumental passages in and around the vocals, uniformly enjoyable and full of great touches, whether on synthesizers or guitars. For myself, it took a bit of getting used to, but the music is so good I got on board. This is science-fiction themed music that is intelligently done all around, not descending to the comic-book levels where much SF gets stuck in music (or movies, for that matter). So I say give the album a chance, learn to live with Shirley’s voice, and enjoy the great music.