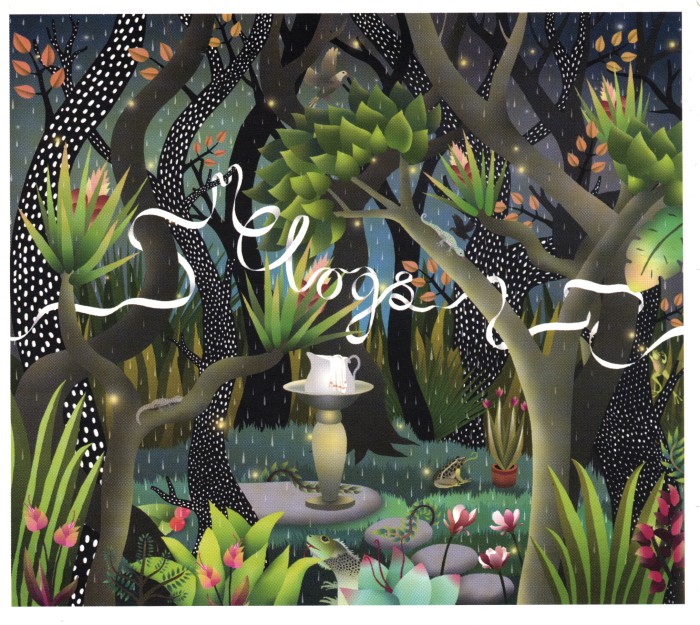 It's an actual place: Lady Walton's Giardini La Mortella acts as a foundation in memory of her late husband, the composer Sir William Walton, provides the setting for classical performances and – indirectly, gratefully – the inspiration for this beautifully conceived and presented cycle of 10 songs. The ensemble shifts from a cappella through varied combinations of guitar, mandola, percussion, bassoon, violin, viola, celeste, winds, quartets and voicing provided by a variety of guest artists including near operatic singing and even a few endearing moments of falsetto. A generally formal sense pervades, exhibiting the practice, control, fluidity, complexity and depth of madrigal, renaissance and modern styles reformed by post-modern perspectives. While other ensembles that seek to connect with traditional forms and timbre generally arrive on the rocky ledges of such districts, Clogs continually explores – in the classical sense – concert music terrain. Considering its chamber-like intimacy (a poor but ready comparison might be made with Kronos Quartet), Clogs' aesthetic proves freer, more innovative and often more concerned with nudging the contemporary ear down untrod paths marked by glimpses of something familiar. Most of the pieces exhibit complex signatures: a difficulty that makes one reflexively smile with pleasure while following multiple changes, exchanges, gaps, fragments, statements, restatements, juxtapositions and layering that persistently evade prediction, even over quite a few plays. The near perfect density and balance of these pieces and their relationships to one another derives from a delicacy of interplay and the startled beauty of an unbiased and highly informed sense of curiosity.