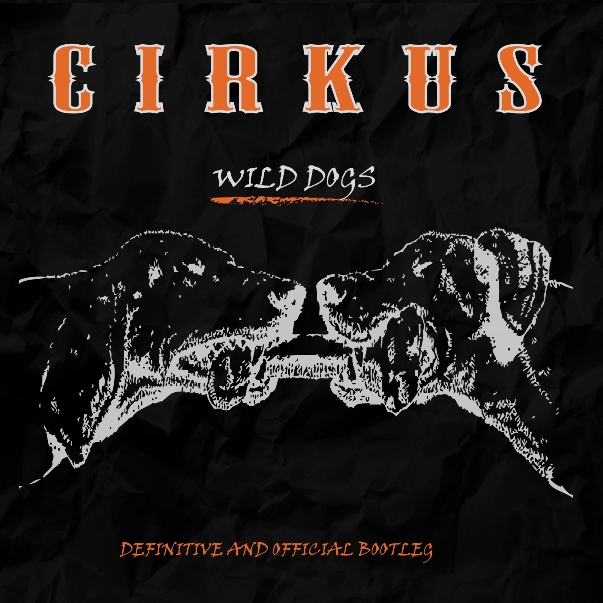 Cirkus is a progressive rock band from Quebec, not newcomers (there are four songs here – a full half of the first disc, that were written in the 70s when two members of the trio were part of an earlier band called Loam Tales) but this is their first recorded offering as Cirkus. The band is Alain Proulx, who composed all the songs, plays bass guitar, all keyboards, drums, and percussion, and sings lead and backing vocals, plus is responsible for the recording, mixing, mastering, and production of this sprawling two-disc set. The two other members are Serge Doucet on guitars and C. Lucas Proulx on lead and backing vocals, who according to the CD notes contribute to their own arrangements. So, basically one guy does everything except guitar and then there’s an additional singer. If you had a look at the artist page you will see five people in the photo – two additional members for live performances include drummer Martin Vincent and keyboardist Christine Cantin, but they don’t play on this recording. Maybe the next one. The album concept is that inside each of us there are two dogs, one good, the other evil, and the one that survives is the one that you feed better, but in truth everyone feeds them both.

For starters, this is a long (and I mean really long) album crossing two discs, clocking in at over 138 minutes, averaging over nine minutes per track. Another strike, this is not a professional sounding recording or production, and in many places it shows, but to be fair, on the front of the set it does say “Definitive and official bootleg,” so the band knows they cut some corners; too bad, because this could have been much better than it is. Proceeding from the nineteen minute opener “Dalhousie’s Walk,” (one of the old tracks from the 70s) this is symphonic proggy-prog by the numbers: a little old Genesis here, a little Camel there, some bits that could have fit well on old IQ or Marillion albums, or the very first Saga. There are some nice world-music influences on some of the sections of this opening cut, but the core of their sound throughout is pretty much stock-parts sympho prog. Actually it reminds me a little of all the bands that sprang up in the late 80s in the wake of Marillion’s success, all around the world. You know their names – Edith, Leviathan, Deyss, Chandelier – the list is endless. As well as the earliest albums by Cast, at least for the recording quality. By the time one gets to “Dead End,” the fourteen minute closer on disc one, I’m thinking, "When is this going to end?" Most every song across the two discs is far longer than it needs to be, padded out with seemingly endless wandering verses and such. The second disc fares somewhat better than the first, in fact the eleven minute “Sanctus” is truly beautiful in its powerful choral arrangements, perhaps the best piece on the entire set. Going forward, the band needs to find better engineering and production, keep it to a single disc of maybe an hour in length, trim the fat out of the songs, and make it less of a one-man project. Even the best 60 minutes of material from this set, if properly recorded and produced, would make a superb album.

Thule - Frostbrent – Frostbrent is the third album by the now three-man Norwegian outfit Thule. Again, here's an album esoteric enough that it could only find its market in the underground progressive scene, yet...  (1994) » Read more