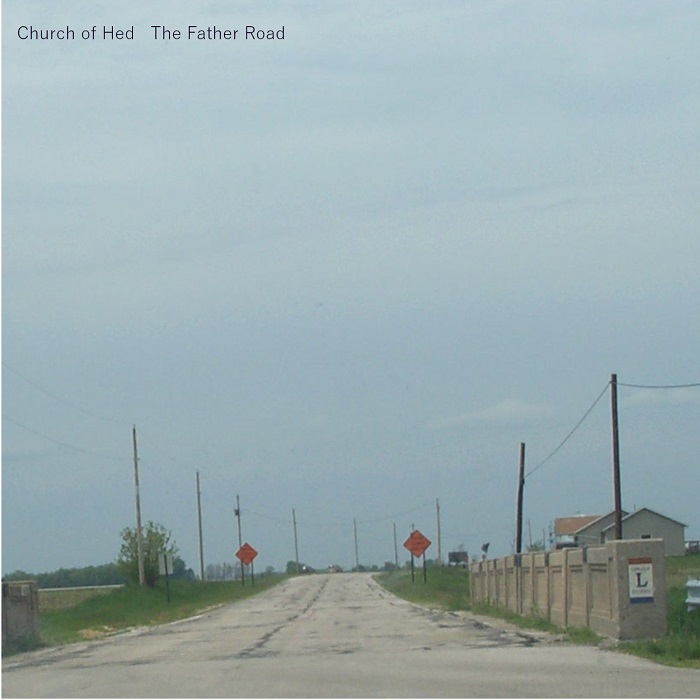 You mean The Farther Road, correct? No, it’s not a typo, it’s The Father Road, as in the granddaddy of them all, taking us on a coast-to-coast journey on The Lincoln Highway, the first highway to traverse the entire USA. It ran from Times Square in New York to Lincoln Park in San Francisco, long before the interstate highway system, even before highways were numbered — the sign for the Lincoln highway just had a big “L” on it. Established around 1913, the US highway system didn’t start using numbered routes until 1925, after which all of the component parts of the “L” started adopting numbers, most of which are still there today a hundred-plus years later, although some stretches of the original highway are almost forgotten, snaking through near-ghost towns whie the busy interstates now parallel them a few miles away. Church of Hed is of course the solo project of Paul Williams, composer, drummer, and keyboardist, originally of the band Quarkspace, and here he is joined by Stan Lyon of Quarkspace on bass and guitars. The Father Road is a companion piece to the Rivers of Asphalt set from a dozen years ago, where Williams traced the route of old Route 66 across the country from Chicago to Santa Monica beach in California. This time the journey goes west to east, starting with “The Sea and the Golden Gate,” through the melodic grandeur of the two part “Sierra Ascent” to the stark beauty of “Sierra Crest,” all the while walking the line between purely instrumental electronic music, explorative 70s krautrock, and progressive rock, with a touch of space in the mix for good measure. From there we go across “The Loneliest Road” that stretches across Nevada and about half of Utah, a captivating near-nine minutes of stirring ambient sounds that perfectly capture the mystery and barren loneliness of the western deserts. “Salt and Snow” and “Wasatch Descent” take us through Utah and into Wyoming. Originally the Lincoln just skirted to the north of Colorado across southern Wyoming, but later a loop was added branching south to Denver. “Prairie Waves” takes us into Nebraska with a catchy song that’ll get stuck in the listener’s head, followed by a head-on encounter with “The Derecho” as we cross Iowa, a classic slab of powerful progressive rock adorned with spacy electronics. The swirling “Open Road Illinois” and “Plainfield Crossroads” gets us through Illinois towards Indiana and Ohio with another memorable melodic encounter. “Avoiding Toll Roads at Night” is a short piece that takes us from near-floating ambient to a busy keyboard mayhem. The ensuing six vignettes take us through Pennsylvania and New Jersey, one of the highlights being the ferocious “A Ship in the Mountains,” until we arrive at the journey’s conclusion, “Times Square and the Shining Sea.” If you’re still planning a road trip this year, you might well want to consider giving The Father Road a spin, the fuel bill will most certainly be a lot less expensive, and you can travel the route over and over again. It’s available as a 2CD set or download.