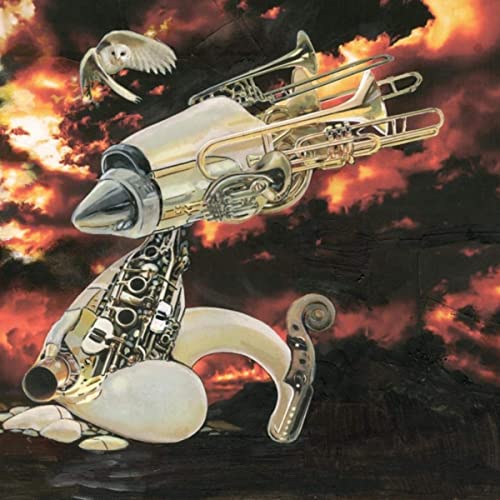 In the mid 80s, Frank Zappa released his one-of-a-kind album Jazz from Hell, composed and performed almost entirely on Synclavier, an early digital polyphonic music workstation. Although it was a fairly impressive achievement, few but hardcore Zappa fans even noticed, probably because it was so out of character compared to his more popular titles, all of which were being reissued on CD for the first time around the same time. Then there is Chris Opperman, a composer and arranger now based in New Jersey, probably better known for his supplying the orchestrations for the music of Mike Keneally and Steve Vai, two guitar hotshots closely associated with Zappa that all Exposé readers should know well. Chamber Music from Hell is Opperman’s new Zappa-influenced creation, presented in two acts, thirty-five tracks centered around two impressive chamber music creations, the five-part “Composition V,” and the fifteen part “The Cribbage Variations,” both of these extended pieces played mostly on computers (programmed by Opperman associate Kurt Morgan) and Opperman himself on piano, with occasional contribution of other players on other instruments. The whole album is tied together in a futuristic concept of a world populated by robots with artificial intelligence; after all the humans have been killed. If one recalls Joe’s Garage, where there is some annoying person whispering between all the tracks (the ‘central scrutinizer’), this is somewhat similar, but not so annoying because the robots voices (presumably created with a vocoder or computer) have different characteristics each time they appear throughout the program, sharing their robot thoughts with the listener. In addition to the two aforementioned extended compositions, there are at least eight standalone pieces that cover some unusual musical territory. One certainly worth noting is the stunning “Owl Flight” featuring the New Jersey Percussion Ensemble (a quartet), offering solid evidence that engaging music can be created with only drums, cymbals, and gongs. Featuring Mike Keneally, the abstract and angular rocker “Are We Living in a Computer Simulation” is enhanced by some of Keneally’s finest guitar prowess. “How I Hate the Night” offers a quirky outing for electronic sounds, drum kit, tuned percussives, and strange sampled voices for one of the most alien sounding pieces here or anywhere. Opperman, with Chamber Music from Hell has created something truly unusual that will surely stand the test of time.