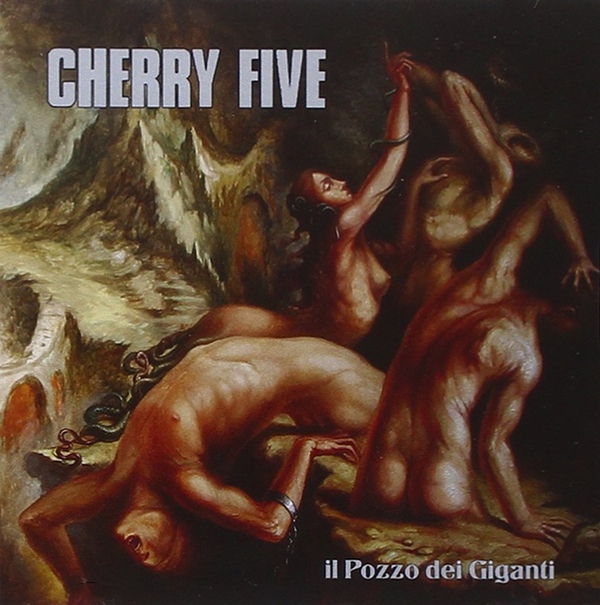 In 1976, a mysterious group released an Italian prog album. Cherry Five, then part of the well-known Goblin, had recorded the songs in 1974 and that release rapidly achieved cult status. Now 40 years later drummer Carlo Bordini and vocalist Tony Tartarini reformed Cherry Five with a group of younger musicians, Gianluca de Rossi (keyboards), Ludovico Piccinini (guitar), and jazz musician Pino Sallusti (bass) to record Il Pozzo dei Giganti. Keeping with the gothic themes of 70s Italian prog, Cherry Five has created a musical journey through Dante’s Divine Comedy starting at the lowest level of Hell at the Well of the Giants, travelling upward through Purgatory, and ultimately attaining Heaven. Il Pozzo dei Giganti is quite an ambitious project, especially the opening title track, clocking in at 25 minutes. This epic piece is pure Hammond organ-dominated Italian prog that shifts periodically into jazz-fusion territory while paying homage to ELP. And after remaining at this hellish nadir for 20 + minutes, there is a majestic ending like a beam of light from above showing you the way out. Then tracks 2 – 5 are four parts of “Manfredi (Purgatorio III)” that together last about 16 minutes. Part (a) is quite complex with rapid-fire riffs. Part (b) is a calm jazzy interlude that grows to majestic heights with swelling organ chords and a fantastic guitar solo. Part (c) strays into metal prog territory with complex interchanges between guitar and Hammond organ, augmented by formidable bass riffing, virtuoso guitar licks, and great organ solos. And Part (d) calms things down a bit with tasteful vocal and organ interactions. The final track, “Dentro la Cerchia Antica [Paradiso XVI],” is quite lighthearted in comparison to the rest of the disc. This track is cinematic, sound somewhat like Le Orme’s Felona and Serona. Another tasty slab of revitalized Italian prog.