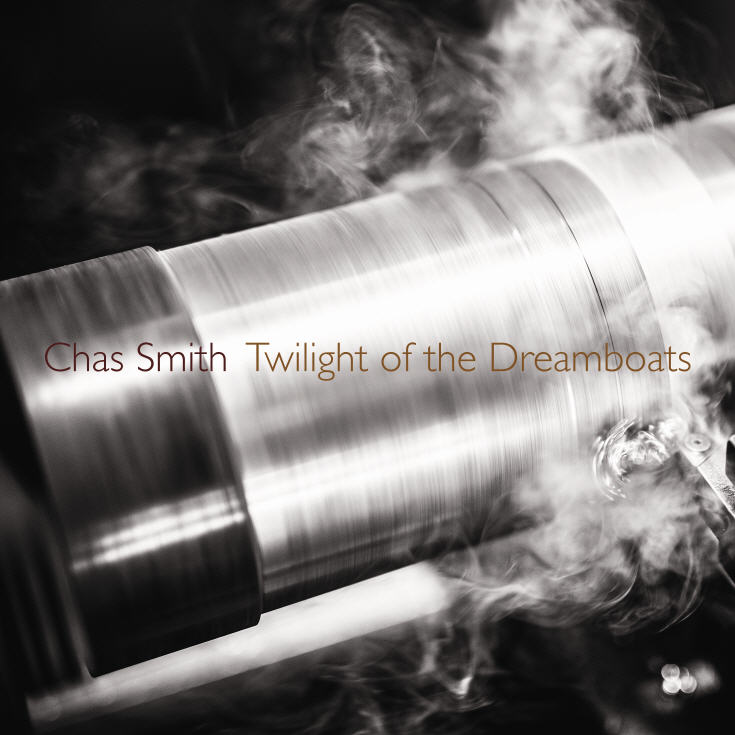 Even though we are considering only a single piece of music that clocks in at just under 25 minutes, Twilight of the Dreamboats achieves an almost limitless development of floating ambient sound textures in a multilayered tapestry without any sort of percussive beat. It flows, grows, and develops as it goes, al in slow motion, and depending on where the listener chooses to concentrate, each new spin of this piece may reveal entirely new facets in the many layers of timbres and tones. The amazing thing (though not so amazing if one listens carefully) is that this is done entirely on electro-acoustic instrumentation without any synthesizers or conventional electronic instruments. Smith’s trademark through the years has been that the music he performs is done entirely on instruments of his own creation, much as Harry Partch did way back when, although Smith’s creations are not so obviously microtonal; in this piece some are metal sculptures with names like Que Lastas, Mantis, lockheed, Sceptre, and DADO, others are various modified steel-guitar-like creations with names like Clinesmith, Emmons, and Guitarzilla. For those interested there are numerous clips on YouTube of Smith performing pieces on many of these amazing instruments. As it develops, Twilight... moves through various phases and processes as it shifts gears gently and moves toward new frontiers; every change brings something new and interesting as it turns, challenging the listener on many levels while soothing the soul.

Empirical Live - They Mean What They Play