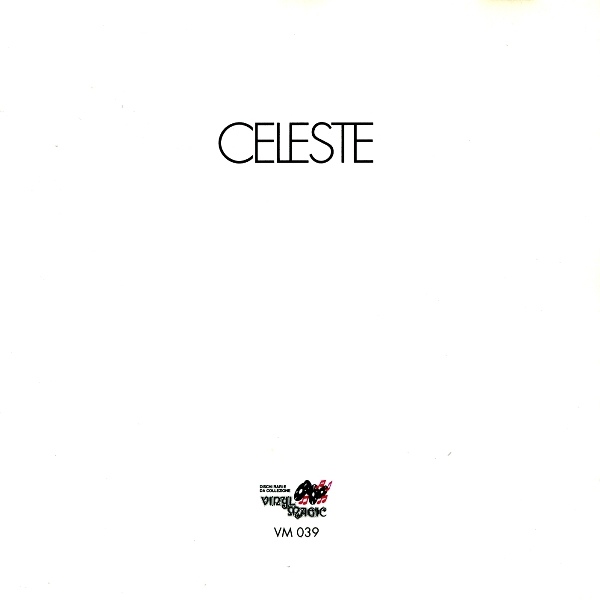 Celeste's first album, also known as Principe di un Giorno, is an absolute gem, an overlooked classic that deserves a place among the best Italian releases of the classic period. Originally released in 1976 on the Grog label, the sound is a delicately woven tapestry of acoustic and electric guitars, flutes, piano, violin, sax, and synths, with a judiciously applied blanket of Mellotron when the need calls. Of course, drums and bass are there also, but – like on parts of Genesis' Trespass – they serve to accentuate certain parts of the music rather than provide an ongoing rhythm. Vocalist Ciro Perrino (who doubles on percussion, flute, 'Tron, and more) has a gentle voice that mixes well with the acoustic-based music, and doesn't dominate or constantly call attention to itself. Some parts, especially where flute and Mellotron are involved, remind this writer of the quieter aspects of the early King Crimson, while other moments recall two other Italian classics: Errata Corrige's Siegfried, il Drago and PFM's Per un Amico, both of which Celeste compares favorably to. This one is an absolute must-have, easily among the ten best Italian albums of the 70s.

At the most pastoral, Arcadian side of Italian progressive rock we have perhaps as the archetype the great second album by Premiata Forneria Marconi – Per un Amico (already covered). Celeste's sole album (or at least it was until the archives opened up) was perhaps an even farther step in the direction PFM were going, in fact it's arguable to some extent whether this really was a rock album. It's beautiful, romantic, and layered with Mellotrons and synthesizers to give it a huge, rich 70s atmosphere and the obvious original model must be The Moody Blues on Days of Future Passed. The songs are brilliantly crafted and show just how profound a symphonic album could be at its most gentle and tranquil. I still own the original Japanese CD, I think it even shows an 80s copyright on it; I bought it very early on in my exploration of this era of music. I think maybe only Errata Corrige's original album was even remotely in the same ballpark at least in terms of skill. Great vocals on this one too.