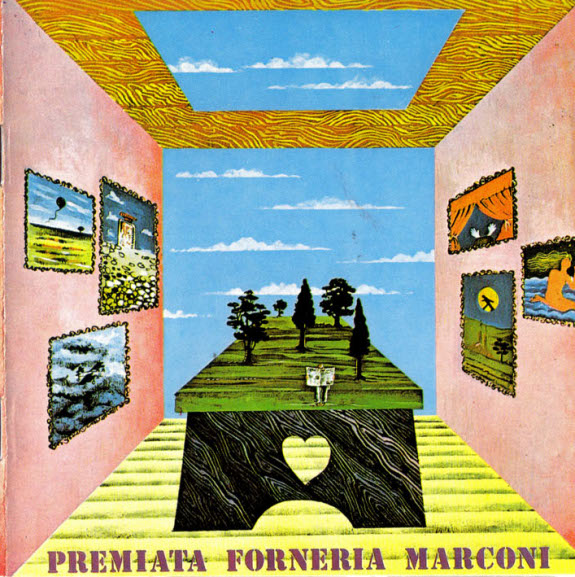 I first heard PFM when I was 17 and a friend sold me a copy of The World Become the World for 50 cents. I liked it but wasn't really drawn to listening to it more than once or twice. Of course within the next few years I started hearing about the rest of the catalog and especially about how the original Italian language versions far surpass the English language titles on Manticore and then when the Italian reissue wave hit, I bought both of their first two albums. To this day I still have a pretty vivid memory of putting Per un Amico in the player and hearing those beautiful waves of sound come out of the speakers. It's easy these days to think of the early keyboards, the Mellotrons and synthesizers but what still strikes me to this day is just how creative and well thought out every single tone was, the album was so rich and colorful, so precisely arranged. Combined with both acoustic and electric tones from a wide array of instrumentation, this album just had everything going for it, it was creativity at its apex. It's kind of a short album overall but there's never a dull moment on it, with its sweeping dynamics and ethereally beautiful melodies. Really if you've never stepped foot into the massively creative scene that was Italian rock from 1972-77, this is the place to start. This album is why this country and era are among my favorites in music.