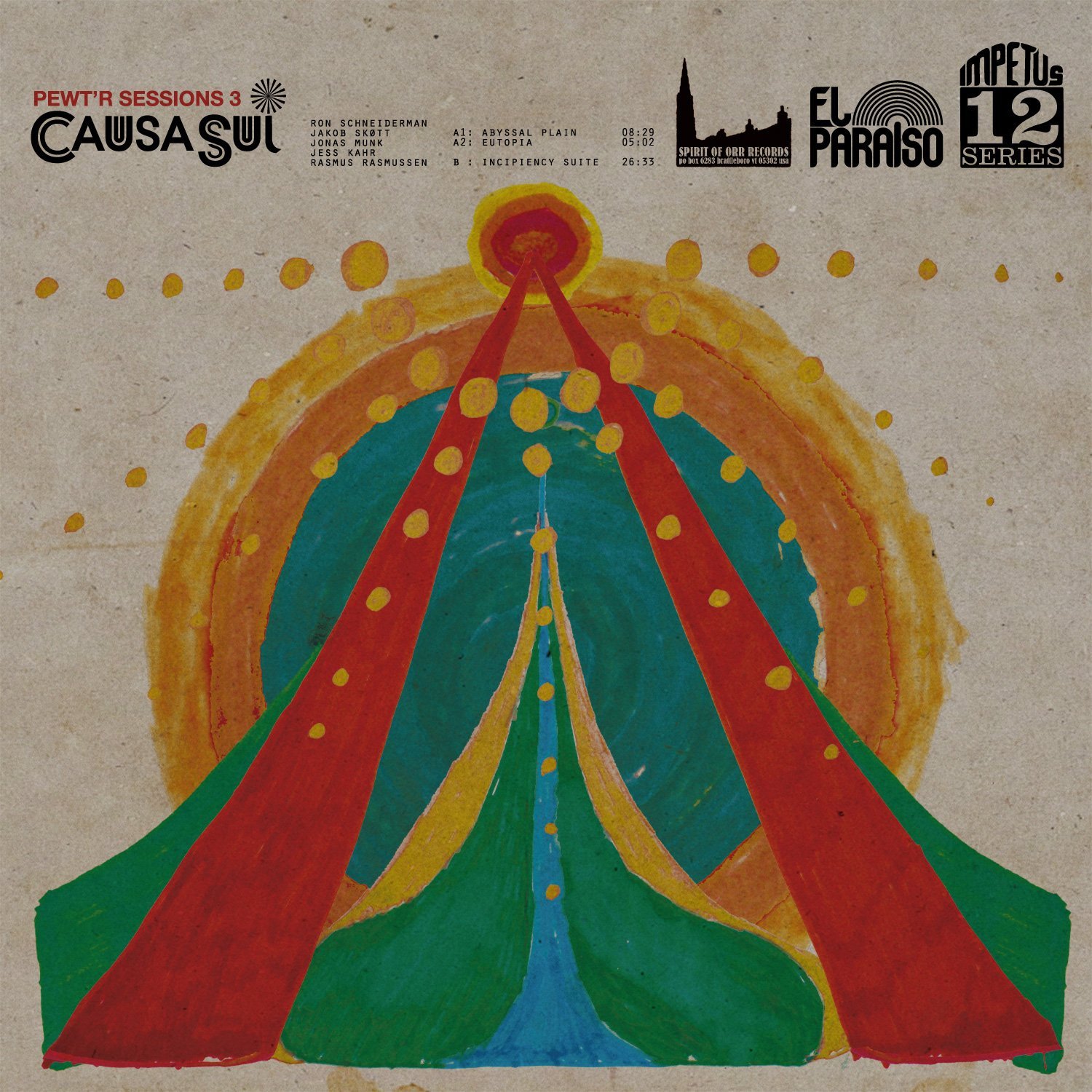 While it’s not clear if this is a third part of the Pewt’r Sessions 1 & 2 originally released in 2012, or newer recordings from this year, one thing is absolutely clear: this Danish powerhouse has produced another winning collection of brilliant improvisations. While the credits provided are fairly lean, I suspect these are from the original sessions, as Ron Schneiderman is again credited along with the four-piece of Jonas Munk, Jakob Skott, Jess Kahr, and Rasmus Rasmussen that featured on the Live at Freak Valley release recorded in the summer of 2013. Unlike Freak Valley and the 2013 studio release Euporie Tide, which were more aggressive psychedelic rock based, Pewt’r Sessions 3 takes the band into the realm of pure blissful psychedelic improvisation, wandering across rivers of rock, blending in some elements of free jazz, and drifting through forests of flowing electronics, all folding together. Throughout, one may at times be reminded of the classic work of German improvising rock bands like Ash Ra Tempel, Amon Düül II, Agitation Free, and even the best moments of the acid fueled Cosmic Courier sessions. The album (whether one is listening to the CD version, or the limited edition orange marbled LP version) is divided into two parts, the first comprising two moderate length improvs, “Abyssal Plain” and “Eutopia,” both which harbor a distinct 60s effects-guitar driven psych vibe that meanders and shimmers as the pieces morph forward. The second part (which occupies all of the second side the LP) is the more abstracted, angular and experimental, comprising a single 26 minute cut “Incipiency Suite” which shifts and transforms throughout its duration. An amazing record beginning to end, there is a lot here to recommend, and if there is a Pewt’r Sessions 4 lying around in the vault somewhere, bring it on!