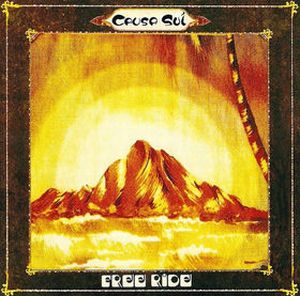 The strummy acoustic riff and rough-cut harmonies on the title track give few clues as to what lies beyond the second index on this Danish band’s sophomore release. With “Lotus,” they launch full force into some bristling hard-edged psychedelic rock from whence there is no return. We’re talkin’ 1968 style garage psych at its finest: loud, snarly, savage and unapologetic. Fuzzed out guitars and throbbing bass lines, crashing manic drums and the raw, powerful vocals of frontman Kasper Markus all come together with an authentic sixties sonic attack. Think Blue Cheer’s Vincebus Eruptum and The Doors colliding with Stooges Fun House and Wheels of Fire era Cream. Lots of fired up riffage with screaming wah-wah guitars that also may remind of German masters Guru Guru at their earliest and heaviest. Sure, there are a few brief moments of repose – mainly song intros and outros, but they don’t last long before the brutal onslaught of heavy rock returns. Judicious use of some primitive psychedelic electronic effects, organ, and some passages for flute add some nice touches that may recall other early 70s classic German bands. Now I just need to track down the band’s eponymous release from two years ago and see if it kicks my ass as much as this one did.