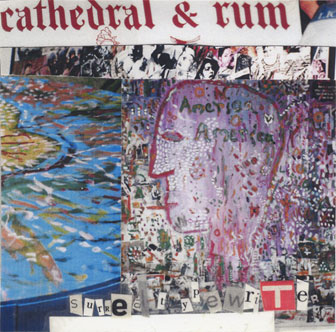 Chris Hartford and his cohorts have returned for their third outing, and in a nutshell if you like what was done before you’ll probably enjoy this as well. C&R albums have always been somewhat schizophrenic affairs in my opinion. Southern California-based Hartford is a singer songwriter in the Dylan / Cohen mold and it’s easy to see that his country-tinged vocal and acoustic guitar playing are the nucleus of the recordings. But this is just the starting point of the arrangements that are then given a variety of costumes and overcoats courtesy of a host of musicians. This includes sax, trumpet, violin, DJ scratching, and female harmony vocals, besides a basic bass and drums accompaniment. In some cases the mix of instrumental ornamentation works, as with the songs “One More Lullaby” and “Caroline,” where subtle use of violin and electric guitar add an airy elegance that contrasts with edge-y sensuality. Even the beat poet / Tom Waits-infused “Pitch Black Light” conjures up logic to the improvised sax and trumpet backdrop. However, on more than one occasion I found the additional musicians to be a distraction. Hartford is blessed with a gift for songwriting and a great voice and in my opinion many songs would be better served without all the window dressing. That said, viewed through the prism of mid 60s psych, Tom Waits, and modern alt-psych this album has substance and an original sonic flair. Future offerings (there’s already new material in the works, supposedly) will certainly be worth a listen.