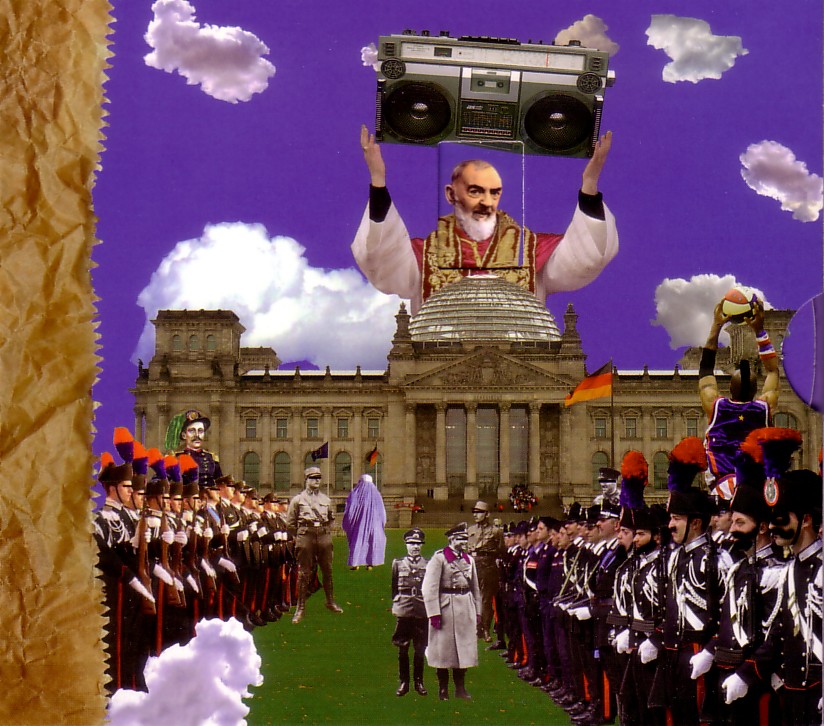 Continuing in the venerable tradition of Italian bands having odd names is Catafalchi del Cyber, who further expand on the trend by giving their album a lengthy title that seems to incorporate several languages. The music is in the grand tradition of Italian symphonic rock with some nods to modern technology. There's always a danger in treading a path this familiar — comparisons to the classics are de rigeur for critics and ordinary listeners alike, and complaints of derivative sound or lack of originality are likely. But even originality is a subjective quality, and of limited value in judging music. Catafalchi give us eight tracks ranging from just over two minutes to a bit over eight, with a variety of moods from calm and pastoral to frantic and energetic. While most of the sounds wouldn't be out of place on a 70s vintage recording (Mellotron, organ, monophonic synthesizer leads), there are occasional modern touches. Fortunately, the guitar doesn't succumb to the common temptation of resorting to 80s metal sounds for the heavier parts — the tones are more reminiscent of 70s overdrive than 80s crunch. Everything flows nicely, and the melodies are really good. The only real problem with this CD is the annoying four-minute silence in the middle of the final track which is followed by what sounds like an Italian folk song accompanied by accordion, filtered to sound like a vintage recording. If the tune is worth including, give it a track number and let us listen to it, and if it's not that important, leave it off. No one wants to sit through several minutes of quiet for a mood-setting parting shot. Aside from that misstep, this is a fine album, worth a try for Italophiles.