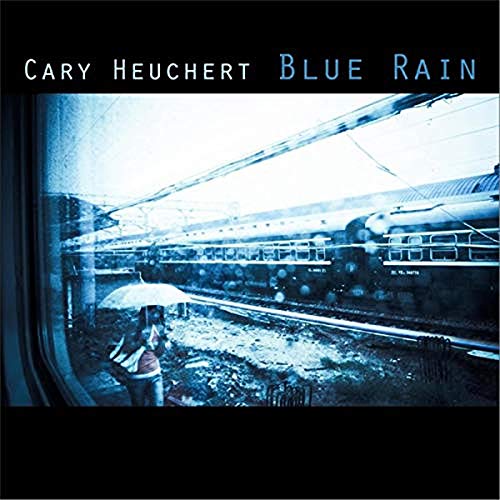 Heuchert is a western Canadian (Vancouver, BC) based singer-songwriter and multi-instumentalist, originally from Saskatoon in Canada’s midwest. Blue Rain, his second full length album, was originally released in 2014, then reissued again in 2017 with a bonus track. The general mood here is folk-rock and light psych-rock all infused with an array of progressive moves that seem make much of his music harken back to an earlier, more innocent era somewhere between the late 60s and early 70s. First thing that must be said is that Heuchert has a superb voice, gentle and soothing, and a perfect match for the music he is presenting here. He plays all the instruments himself, including acoustic guitars, electric guitar, 12-string and classical guitar, mandolin, guitalele, fretless bass, synthesizer, organ, Mellotron, piano, and drums, but he’s not playing all of these all the time across all eleven tracks, in fact as accompaniment goes, it tends to be fairly sparse on most of the tracks, keeping it true to the somewhat folky style of the presentation. There are a number of standouts here, including the opening title track, one of the most gentle yet effective pieces, completely drum free, with multiple guitars weaving in and out of his lyrics. “Rainfall” is another piece with a memorable refrain, tracked through its four minutes by drums, with a strange vocal interlude that is reminiscent of something the Beatles might have done in their later years. “Someday” is a beatiful fingerstyle guitar ballad that’s definitely one of the album’s standouts. The bonus track “Mirror of Dreams / Nightbreak” is one of the more produced tracks, with many layers of sounds (mostly various Mellotron voices and electric guitar solos) flowing over the basic fingerstyle acoustic guitar that underpins it all. Incidentally this is the single taken from this reissue in late 2017. Overall, this is somewhat reminiscent of Pink Floyd during their soundtrack period (post-Barrett, pre-Meddle) stripped down to basic song elements and not overproduced, in fact “Every Morning Comes” or “Winterlude” could almost be out-takes from More (and it didn’t surprise me at all when I learned that later in 2017 he released his own version of “Cymbaline” — though not included here…) Another reference point might be the gentle folky-psych sound of the late sixties Chicago band HP Lovecraft on their second album. But don’t take my word for it, you can go to Heuchert’s website and hear every one of the songs before you buy, and I do recommend this one!

Urban Sax - Urban Sax à Jakarta – For those unfamiliar with Urban Sax, check out the reviews of their earlier albums in issue #5 for all the background information. This four-track mini-CD (eighteen minutes total) captures a live...  (1996) » Read more