Carlos Alvarado, pioneering composer, multi-instrumentalist and pioneer of progressive rock and electronic experimental music in Mexico, passed away January 14th, 2020 at age 68 after a two year battle with cancer. 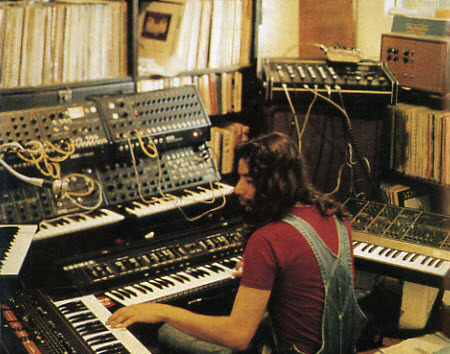 Composer, multi-instrumentalist and a pioneer of Mexico's progressive rock scene as a founding member of the band Chac Mool in the late 1970s, Carlos Alvarado along with Jorge Reyes and others, the band was signed and received major label support (Phillips & WEA), recording four best selling albums before going on hiatus. Parallel to this, he was a member of the electronic duo Via Lactea along with synthesist Miguel Angel Nava, who left early on leaving Alvarado as the only member, recording with guests like Arturo meza, Jorge Reyes and others. He was also a member of Decibel, a Mexican Rock In Opposition type cross-culture, rock, folk, jazz hybrid, he stayed with Decibel for their first four albums between 1980 and 2000. He has also been a party to numerous other projects in the Mexican experimental music scene over the years. Carlos Alvarado, you will be missed.

David Thomas & Foreigners - Bay City – Starting with his tenure in the seminal art-punk outfit Pere Ubu, David Thomas has shown himself to be a lyricist of great talent and singer of acquired taste. For this outing he teams up with a trio...  (2001) » Read more

As Lonely as Dave Bowman - Pod – The genesis of this floating ambient side-project by Sam Rosenthal, founder of Black Tape for a Blue Girl, is an interesting one. It began with Rosenthal’s four year old son playing with a...  (2008) » Read more

Chris Savourey - End of Millenium – Seems like we just reviewed Savourey's first album in the last issue, and already he's back with a superb and highly energized follow-up. Okay, this may not be exactly what most consider...  (1996) » Read more

No Name - 20 Candles – No Name may be the only prog rock band from Luxembourg. They currently have four studio albums under their belt, their most recent being the creatively named 4 from 2006. 2008 marked the band’s...  (2011) » Read more