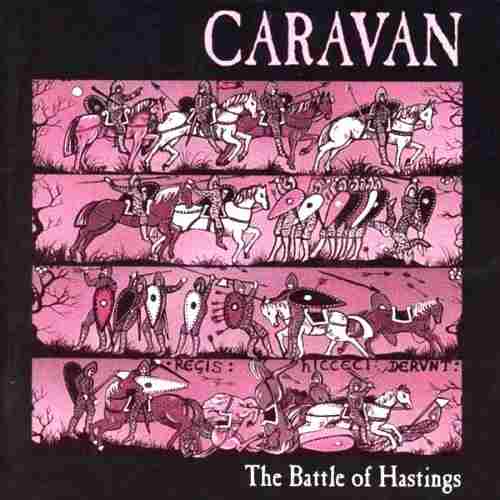 A reunion of the line-up which brought you For Girls Who Grow Plump in the Night (1973) , and The Album (1880), here comes another by a group which has evolved into a well-honed pop/song crafted niche. This disc will be disappointing for some fans who yearn for blistering instrumental break, soaring viola solos and band interplay. But broad comparisons can be made the excellent Back to Front (1982) which had some pretty good songs and arrangements. Pye Hasting’s songwriting, which has always been pretty MOR (if you really look closely at his work as far back as The Wilde Flowers) is the major showcase of the album. Missing is the obvious counterbalance provided by another R. Sinclair whom always seems to appear for a few albums and then go his own way. Nice to hear Geoff Richardson’s soothing viola passages (as on "Somewhere in Your Heart") and Jimmy Hastings too (adding closing solo flute to the same track). The new member is Jim Leverton, who doesn’t seem to produce much of a presence except of Dave Sinclair’s "Traveling Ways" where he serves up a very so-so lead vocal. Overall, The Battle of Hastings is another in a long line of well played/well performed songs which need just a little more spice to make the broth less samey and more memorable.