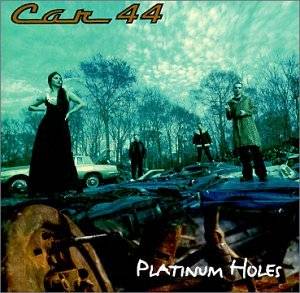 As part of Thirsty Ear’s effort to expand its scope to a varied roster, ex-Rollins Band and Bowie’s recent guitarist Chris Haskett puts on his production hat to produce Virginia alternative rock band Carr 44. The quartet has won a few local awards for best band and female vocalist (Dahna Rowe). The band covets the clever pop rock alternative market, which is unfortunately heavily filled with lesser talent at the present time. “Rid of You” explains the pangs of ditching an abusive unhealthy relationship, while “John Thomas Lover” bemoans the presence of a missing rescuer for an insecure adolescent. “Fall 4 Me” could even be an outtake from a recent No Doubt disc, minus the dramatics. The album goes into overdrive about half-way through the disc, when the band starts getting more aggressive. This is due in part to the driving rhythm section of Rob D. and Bill Crawford, who hold the fort down so to speak. Guitarist and co-writer John Conkle has a keen grasp on modern hooks and riffs, as heard on several tracks such as “M-12-11” (probably the single piece which could break the group into the modern radio market). The quartet is kind of like the band X, matched with the sassiness of Deborah Harry or Chrissie Hynde’s sarcastic wit. Car 44 could be that sneaky act that captures the airwaves in the New Year.