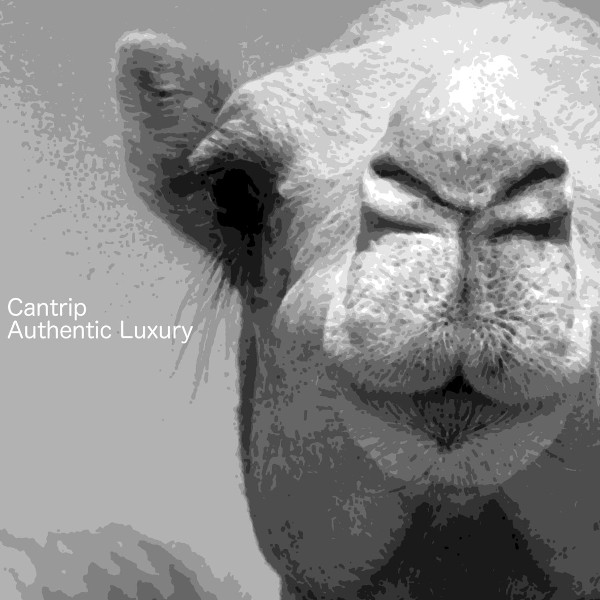 In the legions of jazz-rock power trios, Cantrip sets itself apart in several ways. First of all, there’s the guitar of leader Simon Henneman, whose resume includes such diverse settings as Diminished Men and space rock explorers Spectral Waves. His stated goal for Cantrip is “non-idiomatic shredding,” and that’s as good a description as any. His playing can be heavy, though not in a metal way, more like what Jimi Hendrix might have done with modern equipment, but he can also be subtle, utilizing sophisticated jazz chords in unusual ways to contrast with distorted riffs. He can also go off into insane realms of freaky effects. His backing comes from musicians with a clear jazz pedigree: bassist Mike Murphy is quite versatile, navigating Henneman’s tricky tunes with ease, able to jump from funky rhythms to melodic lines in a split second; drummer Chris Icasiano is generally more likely to be found in loose, jazzy settings, but tackles these hard-hitting pieces with great energy, interpreting odd meters with a very natural feel rather than sticking to repeating patterns. The nine tracks presented here run a wide gamut of sound, from breathless workouts like “Machingo” to moody grooves like “The Beekeeper’s Lament” to twisted surf-rock like “Halfzware.” There’s a lot more besides, including a few tracks that have riffs with mind-boggling rhythms that seem on the verge of flying apart at any second. At every turn there’s something new — Henneman and company are not about repeating themselves. This “shredding” has virtually nothing in common with what guitarists like Steve Vai or Yngwie Malmsteen and the other do. It’s not about running up and down the fretboard at ridiculous speed, though there are some passages of very fast playing in unusual scales — it’s about creating interesting sounds with the guitar, some of which sound more like the product of demented synthesizers than anything with strings. I know a lot of listeners are always on the lookout for the next hot guitarist, so here’s one to check out who doesn’t fit the molds.

Ragnarök - Path – If you are old enough, you might remember that Ragnarök was part of the Swedish Prog Rock movement in the mid 70s. Their self-titled album released in 1975 was typical 70s art-rock. The band vanished...  (2009) » Read more