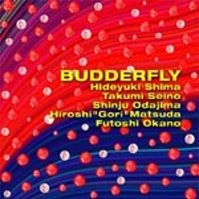 Not content with just Six North as a musical outlet, bassist Hideyuki Shima, drummer Hiroshi Matsuda, guitarists Takuni Seino and Shiju Odajima have come up with this band along with second drummer Futoshi Okano, who’s worked with Damo Suzuki. I don’t know if it’s an ongoing concern – this recording is the result of a single improvised show at a club in Kobe. The playing runs the gamut from atonal noisemaking to exploratory latin (on the aptly titled “Bossa Nova Fracture”). The standout musician is Shima, who displays a wide range of sounds and techniques on his bass, with some killer heavy fuzz parts and some dextrous jazzy runs. All are willing to let the others have space, and some of the tracks drift of into very sparse areas, with one track featuring only the two guitarists (with maybe a couple of soft noises from drums). Shima takes more than five minutes as a showcase, running through a wide range of moods, from lyrical and melodic to crunchy and distorted. Then there’s a dual drum solo with Frippertronic-style backing which is actually quite enjoyable. Unlike some improvised music, these five never fall into the trap of a simple riff with jamming on top. In fact, only one track really features a riff, and it’s a rather loosely defined thing in 7/4. Neither do they resort to squalling walls of noise. What makes the whole thing worthwhile is that their attitudes are leaning towards free jazz in spite of the fact that they are playing electric instruments.