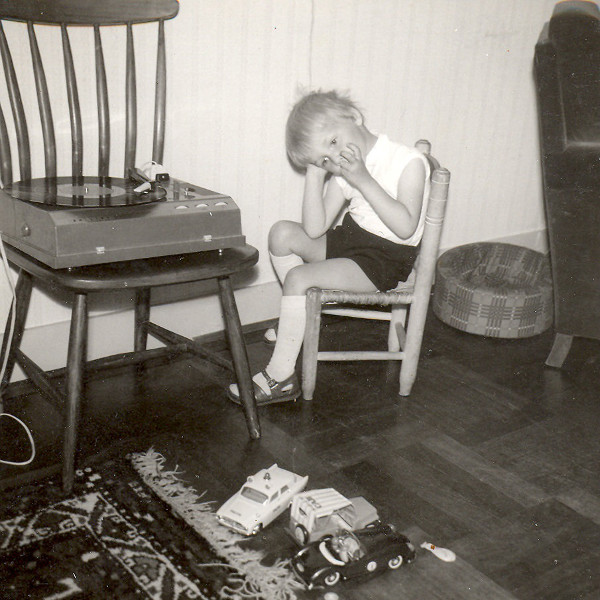 <crickets> — that’s either the typical response to the question “Any Brunnen fans in the audience?” or an accurate description of the third track on this CD. Brunnen is the solo-project name used by Freek Kinkelaar of the almost as obscure band Beequeen. It would be “bedroom pop” if it was more poppish — quiet songs sparsely implemented, with breathy vocals and occasional noisy (but not loud) touches. Most of the instrumentation comes from keyboards, primarily an old Ensoniq (which gives me some ideas what to do with mine — I recognize many of these samples). Other sounds come from the previously mentioned crickets, guitar, effects devices, and some seagulls, any of which may be simulated. Although he is Dutch, Kinkelaar sings in English, and his voice is pleasant, sometimes treated electronically, and always soft. There is some similarity with the quieter moments of The Legendary Pink Dots (and in fact Edward Ka-spel guests on one track). This reissue also contains the two tracks of “The Honey Button” single as well as a previously unreleased track from the Swoon sessions, all of which are stylistically consistent with the album proper.