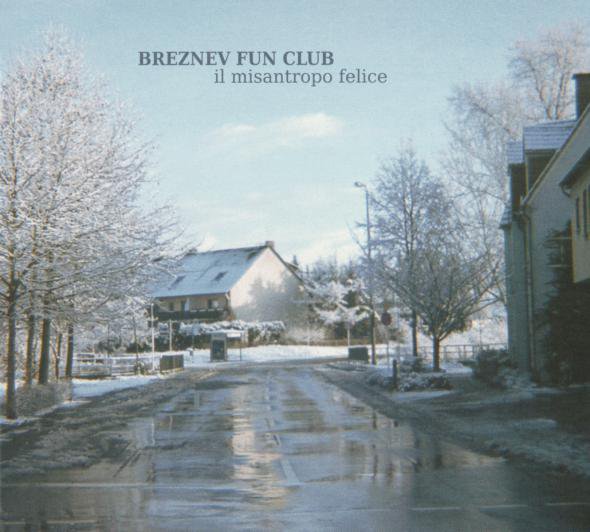 Breznev Fun Club straddles that line where a large ensemble becomes a small orchestra. The group is led by guitarist, composer and orchestrator Rocco Lomonaco, along with eighteen other musicians playing just about everything one would find in a big band and a small orchestral ensemble, and they spin beautiful and melodic compositions that reach from the classical world to the avant-garde with some occasional hints of folk and jazz. Mostly what one will find across these eight tracks of varying length is tranquil, colorful, illuminating and warm, essentially completely instrumental, and with nary a hint of the steady beat of rock anywhere in sight. Where there are vocals (most prominent on the second track “Putamen”), they are presented as another instrument in the group, which also includes clarinet, flute, piccolo, english horn, oboe, bassoon, alto, tenor and baritone saxes, French horn, tuba, trumpet, trombone, vibraphone, marimba, orchestral percussion, electric and acoustic guitars, electric bass, double bass, mandolin, banjo, violins, cello and keyboards. On first listen one might be reminded of some elements of Uncle Meat or Grand Wazoo-era Zappa, Picchio dal Pozzo, Jean-Paul Prat’s Masal, or perhaps certain elements of Opus Avantra. Since I’ve never heard their previous 2010 release L'Onda Vertibrata, I can’t offer any comparisons with it here. Interestingly enough, the booklet notes state that the music here was composed between 1999 and 2000, with the orchestrations developing slowly over the ensuing years. In short, if one appreciates beautifully arranged orchestral music with a positive feel in bright and pastel colors, then Il Misantropo Felice is for you.

Moom - Toot – Moom is a new four-piece (but who's that fifth guy in the picture?) from the UK that many might enjoy. Vital and energetic, they combine some strong elements of the Canterbury sound with the...  (1995) » Read more