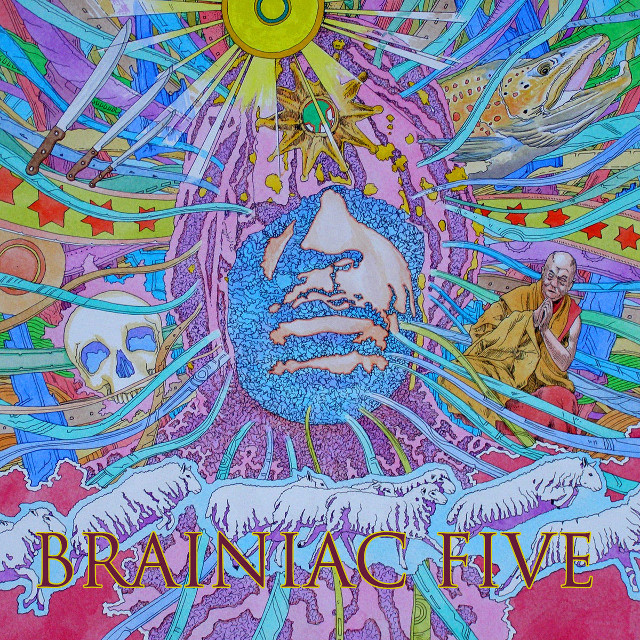 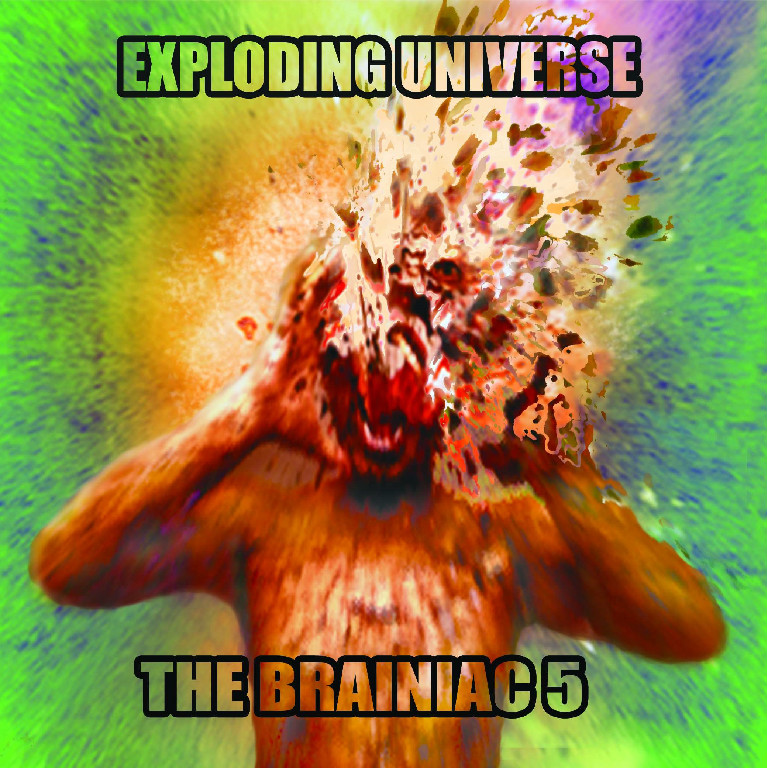 Listening to Brainiac 5 makes me think of Spock’s IDIC (Infinite Diversity in Infinite Combinations) philosophy, which goes to show I’m a science fiction geek as much as a music geek. The reason I think of it is because this band straddles a number of musical styles in a way I haven’t really heard anyone else do. One way of looking at it is that there’s a core of British pub rock (along the lines of Rockpile) with healthy infusions of psychedelic and space rock, along with a West Coast vibe somewhat reminiscent of the band Spirit. Other factors also appear, such as funk and ska. The lead vocals have a punkish roughness to them with a strong English accent, though the backing vocals are very nicely done, in tune and lushly arranged (barring the occasional shouted parts). The frequent saxophone parts stay with rock ‘n’ roll lines rather than getting jazzy, and lend a jaunty bounce to several tunes. Compared to their late-70s recordings collected on When Silence Was Sound, the recording fidelity is much higher, and band has gotten more professional – but not so much that they lose the feeling they had. Musically, my favorite track is probably the lead-off, “Haphazard!” with its catchy 7/4 riff. With “Ordinary Man,” you start to notice that the lyrics are really good, not all hoity-toity and poetic, but intelligent in a plain-spoken way that’s very appealing, with wry observations and clever phrasing. With “The Beauty of It All” they bring in the acoustic guitar and some nice vocal harmonies for a respite from the rock energy. And it’s a great tune to boot. I’m not sure what the lyric “Decomposing wooden ducks breed fruit flies of the mind” (from “Stars Plan Ahead”) means, but I love the sound of the words, and that’s good enough for me. The Brainiac 5 take on psychedelia isn’t filled with the superficial trappings like swirling phase shifts and stereo-bouncing echoes, but built in from the ground up.

The Space Is the Place single is only obliquely related to Sun Ra, as it contains songs done in the normal Brainiac 5 style, not remotely jazz. It’s a live-in-the-studio recording with no overdubs, and has a certainly rawness about the sound that puts you into the middle of the action, like seeing them in a pub or on a small festival stage. The song was apparently part of the late-70s Brainiac 5 set but never got recorded at the time. Also included are two songs originally by Half Human Band, an obscure early-70s Oxford that was a precursor to the original Brainiac 5. According to the liner notes, the songs had never been recorded, but were pieced together from band members’ “fragmentary recollections.” Much like other Brainiacs material, there’s a gentle West Coast psych feeling. Good tunes, but I’d recommend starting with Exploding Universe if you’re unfamiliar with the band.