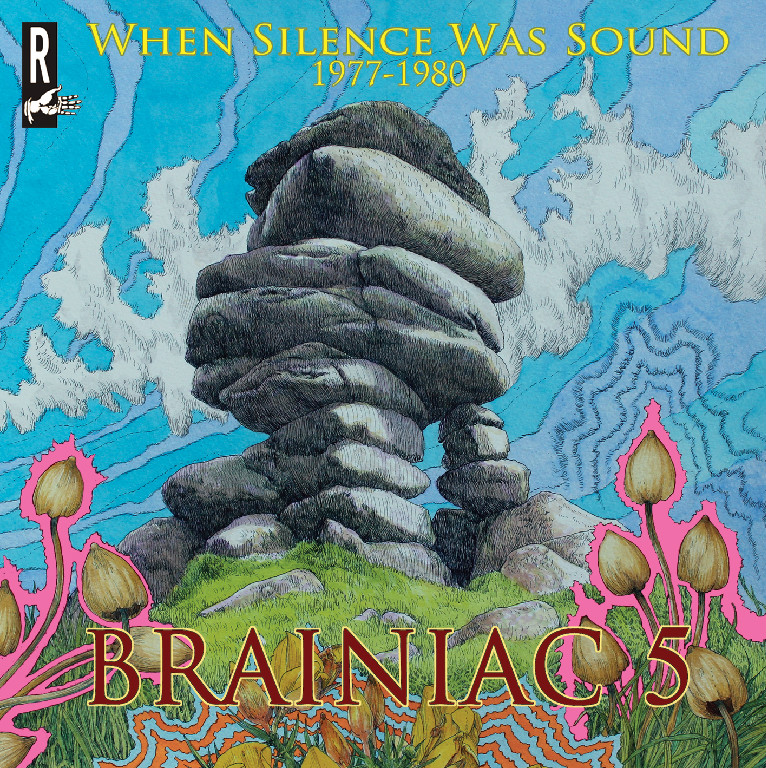 Listening to these recordings, which date from the late 70s, is kind of a strange experience now. That was a time when stripped-down punk rock was in the ascendant and complex progressive rock was on the wane. At least that was the general flow – there were numerous bands bucking the trends, as well as others who just seemed to exist apart from everything else going on. As an example, take Hawkwind. While their roots clearly lay in psychedelic and progressive rock, they adapted to the times without losing their identity – the 1978 Hawklords album presents a hybrid between classic space rock and raw punk energy. At the same point in time, Brainiac 5 was producing similar music: at times straightforward enough to fit in with punk rock, but with spaced-out psychedelic touches that pure punks likely spat at. It’s no surprise the band didn’t find wider success in that climate. The Soft Boys are somewhat comparable with their version of psychedelic rock, but they also labored in relative obscurity at the time. In the 80s and 90s, there was a resurgence of interest in psychedelic music, and some Brainiac 5 material saw reissue on Reckless and other labels. When Silence Was Sound pulls together pretty much everything the band recorded in the 1977-1980 period, most of which never appeared at the time. There’s 1978’s Mushy Doubt EP and the “Working” / “Feel” single from 1979. The “Time” / “Monkeys and Degenerates” single from 1986 featured songs recorded in 1978 and 1979; an album was recorded in 1979, but didn’t get released until 1988 as World Inside. All of those are here, barring some duplicates eliminated – we get the single version of “Working” instead of the album version, for example. For added value, two tracks recorded live in 1980 are tacked on the end. While the recording quality of some of the songs is rather rough, the music is pretty solid, and there are enough surprises and gems to make it worth checking out. It’s kind of cool to hear a freaked-out wah-wah guitar solo in a thrashy punk tune (“New Dark Ages”), and the massive harmony vocals on “Time” are a bit like The Moody Blues. I love discovering corners of history that I’d never been aware of, and with Brainiac 5 now reactivated, it’s great to see why they matter.