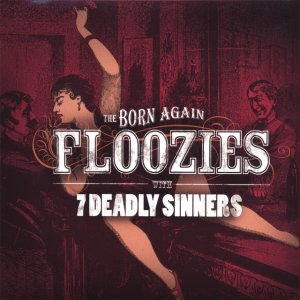 After last year's five-song debut EP Novelties, Addenda & Ephemera, the release of this Indianapolis band's first full length CD was a highly anticipated event here at Exposé central. Sporting a most unusual instrumental lineup comprising a top end of main singer, guitarist and songwriter Joey Welch, and a bottom end featuring tuba player Ben Vokits with two tap dancers (Amy Gilmore and Libby Milliken) providing the percussion (the latter also playing a marching bass drum). This sort of strange jugband-meets-circus-sideshow sound was the formula for all of last year's EP, and about half of the songs here. For the remaining tracks they have enlisted the services of a guest kit drummer who adds a steady beat to those pieces and gives them a slightly more 'alternative' rock feel. Vokits and Gilmore both provide backing vocals, and Gilmore even gets a lead vocal spot on "Lucia." Welch's unusual finger hammering guitar style is matched by his irregular, esoteric lyrics on all of the songs but three instrumentals. It's all very strange, fun and hip, definitely a band alone in a world of their own creation, perhaps vaguely reminiscent of bands like the Japonize Elephants. If there is any other band that sounds like the Born Again Floozies, this writer surely has never heard them.