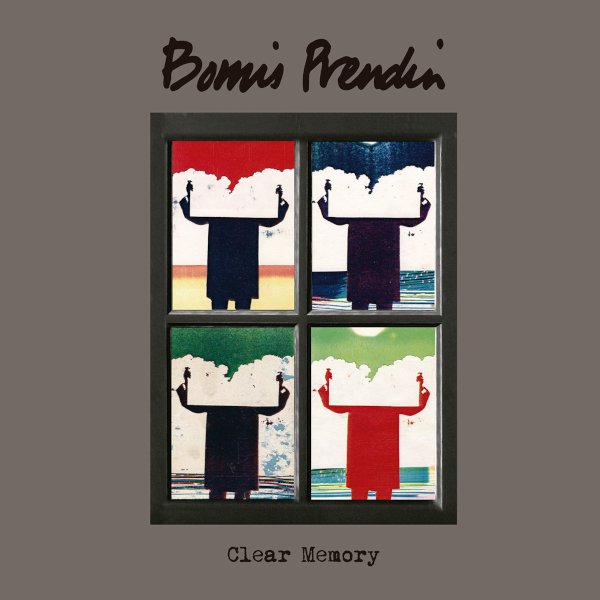 The cover of Nurse with Wound’s debut release Chance Meeting on a Dissecting Table of a Sewing Machine and an Umbrella contains the infamous NWW List of bands that Steven Stapleton, John Fothergill, and Herman Pathak felt influenced their sound. There are 291 bands listed, some well known to Exposé and some extremely obscure. Several years ago I tired to find releases by these bands and rapidly gave up. At times I was able to find a recording by one of the bands, but usually it was a later release not the one NWW referenced. Bomis Prendin is one of the more obscure outside and avant -garde bands on the list, one that I never found until today. They were from Washington DC and part of the DIY cassette culture, releasing a flexi disc in 1979, another in 1980, a cassette in 1984, and another cassette in 1986. And that was it until 2001 when they released their first CD, followed by another in 2004, and their last in 2005. Now in 2020, Guerssen has reissued their 1984 cassette Clear Memory on CD along with an extensive interview with Bomis Prendin by Klemen Brezniker of It’s Psychedelic Baby. In 1984 the band consisted of Bomis Prendin (keyboards, percussion, vocals, scribbling, taping, etc.), Steve Wall AKA Stymie the Hermit AKA Corvus Crorson (noise), Miles Anderson (lead guitar, vocals, anti-composition), Norbert Heubusch AKA Hungry “Isaac” Hidden (bass and vocals), and Candeee (atmospherics). Bomis Prendin, the band, created a timeless incredible collection of DIY mutant pop and homemade electronic weirdness along the lines of their contemporaries Chrome, The Residents, Cabaret Voltaire, Throbbing Gristle, Faust, and the Wire side project Dome. Clear Memory is truly inventive music where Bomis Prendin used simple sources to create complex interactions that continually draw you in to new experiences, be it electronic faux bird song, twisted sideshow / carnival music, noise bursts, unyeilding sonic barriers, or oddball robotic pop. This reissue is a welcome addition to Guerssen’s catalog and it complements the music of today’s quirky artists such as Quimper, Petunia-Liebling MacPumpkin, and Rita Braga. Well worth checking out for yourself.