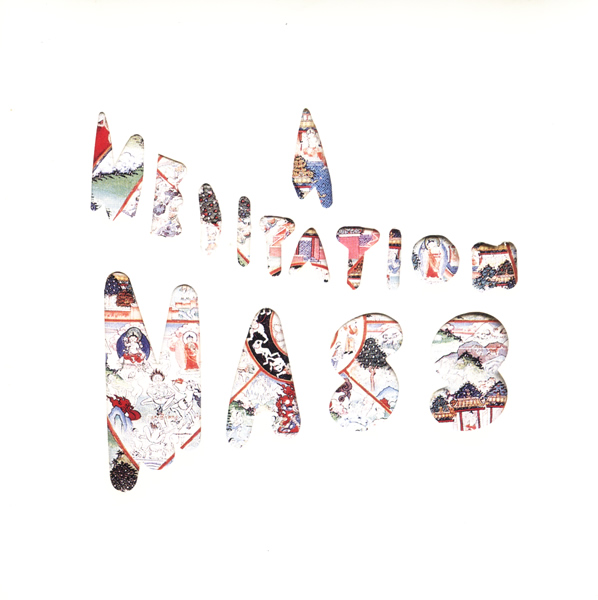 Here we have one of Brain's all time "classic" Krautrock albums finally reissued on CD. As far as I know A Meditation Mass was Yatha Sidhra's only album and it is extremely rare. I've previously only heard an excerpt of it on Brain's fantastic 3LP sampler Kraut Rock released back in 1974. The Laser's Edge re-mastered the album in New York City using the best possible CD equipment and their efforts vastly improved the sound quality of the original recording. They also reproduced the original stencil cut wallet cover in CD booklet format! Yatha Sidhra was Klaus Fichter (drums and percussion), Matthias Nicolai (guitar and bass), and Rolf Fichter (Moog, Indian flute, vibes, e-piano, guitar, and vocals). Together they recorded this one long cosmic, ethnic, and slightly jazzy work of rare beauty. For those of you who have never heard this music, try to imagine what you would get by crossing early Popol Vuh with an Indian raga and then spreading electronics and effects over the top. At times it rocks out, especially Part 3. This is timeless music and guaranteed to soothe the savage breast. Highly recommended!

Considered by most a classic, this album was very recently put out by The Laser's Edge. One of the most unique and interesting Krautrock releases of the seventies, "A Meditation Mass" is a four part suite. First off, one must realize that you can't listen to Yatha Sidhra the same way that you listen to most progressive music. You can't listen to each instrument closely and try to piece together the music. This is only a three-piece, based around drums, guitar, bass, and a guest on flute. The sound isn't full. Instead of listening for compositional complexities, just relax and let the music carry you away. It will. Part 1 of the suite starts slowly with flanged guitar picking through chords, overlaid flute, and melodic percussion. My hat is off to drummer Klaus Fichter for his use of the drums as a lead instrument. The music gradually picks up in intensity, until it segues into Part 2. Through, a very "cosmic" feel is presented. I can't help but think this would make a great soundtrack to a fantasy-styled movie, even though I hate fantasy movies! Part 3 is the most upbeat, with a walking bass line complemented by non-stop guitar soloing and drum leads. Part 4 reverts to the themes and style of part one, tying this work together quite well. A nice bonus is that all the tracks segue, so its like listening to one 40 minute piece. Comparisons won't do Yatha Sidhra justice because they are original. But if I had to pick out a few, they would be: Popol Vuh, Laurent Thibault, and Kebnekaise. A great release.