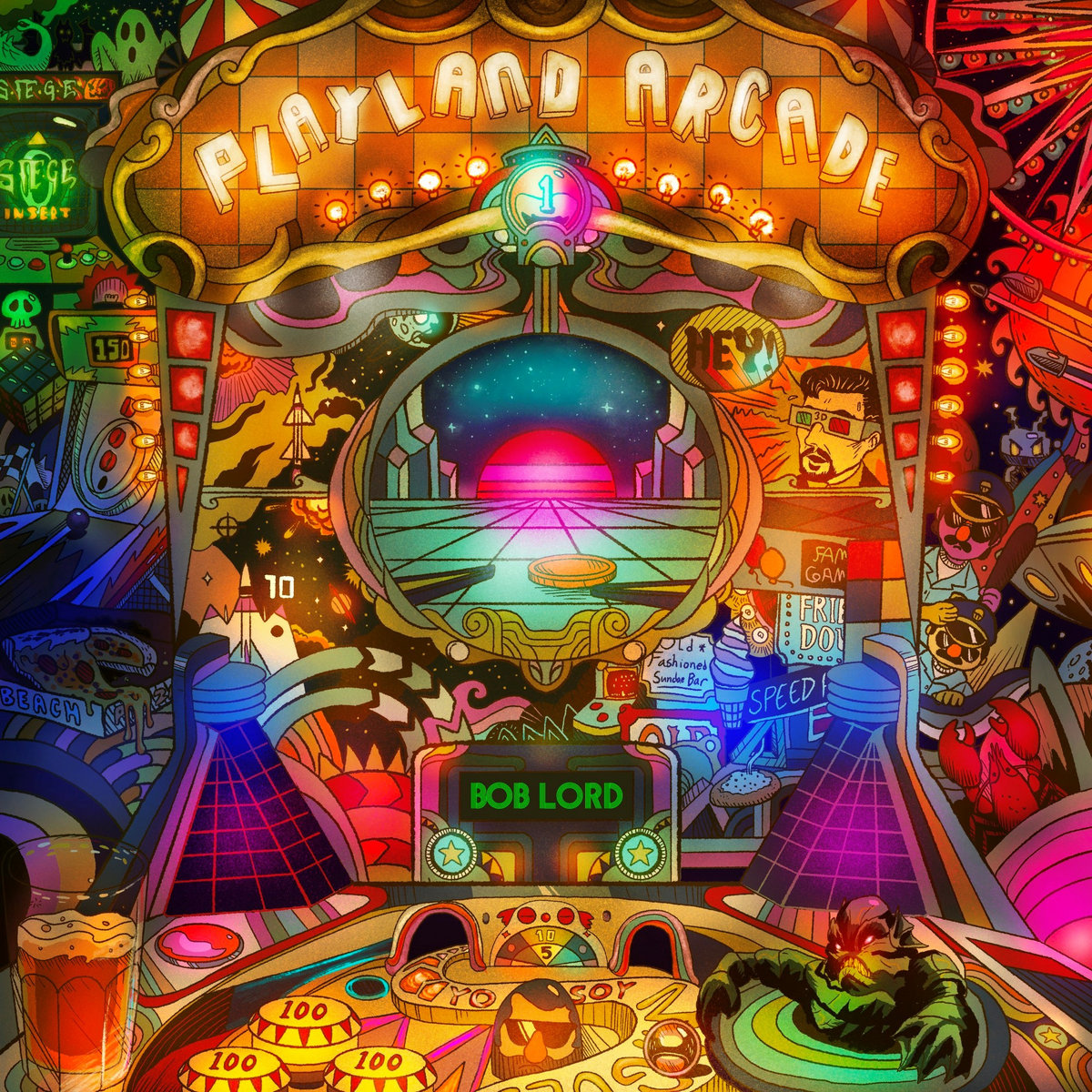 At this point one might be asking, who is Bob Lord? Progressive rock fans may know him, along with guitarist Justin Walton and drummer Rick Habib, as one third of, and the bassist of the band Dreadnaught, a going concern (off and on) since the late 90s. In addition to that, the Portsmouth, NH native, now Hampton Beach, NH resident, is the music director, executive producer and CEO of Parma Recordings, a classical music label with half a dozen sub-labels, totaling well over two-hundred releases. With all of that background, and excepting his June 2019 release Seven Seven Second Songs (completely over and done with in less than one minute), the album at hand stands as Lord’s full length solo debut. The genesis of the album and its nineteen cuts goes all the way back to when Lord was a boy, visiting the New Hampshire seacoast in summer (all twelve miles of it), playing games in the arcade, eating pizza and lobster rolls, and taking in all of the sights and sounds of what memory recalls as a surreal experience. Lord now lives closer than ever to Playland Arcade on Hampton Beach, but 2020 was the first year that he wasn’t able to visit (due to Covid restrictions), so while he awaits the reopening of the boardwalk, he’s sharing this music borne of many years of fond memories. While Lord probably has the means and capability to do it all himself, he is joined by numerous guest players including Duncan Watt (keyboards), Jamie Perkins (drums), Chris Dow (flute), and numerous others, track depending, even the Moravian Philharmonic Orchestra conducted by Pavel Šnajdr on half a dozen tracks (orchestrations by Mark Saliba) leaves a solid mark on this mostly instrumental set. So what does Playland Arcade sound like? One will hear some interesting things that may remind the listener of old Western motion picture soundtracks, spy movies, video games, crazy bass-heavy funk, prog, fusion, even a song called “Hey” that’s exactly seven seconds in length — maybe a leftover from the aforementioned seven second songs set. “Yo Soy Miguel” is one of the album’s few vocal cuts, or rather a vocal loop that just repeats while some killer funky prog underlies it. A few of the tunes were written by others, but most by Lord and his cohorts. Any way one looks at it, it’s a great set of interesting tunes that grows on the listener with each repeat spin. Bring a pocketful of quarters and enjoy the fun.