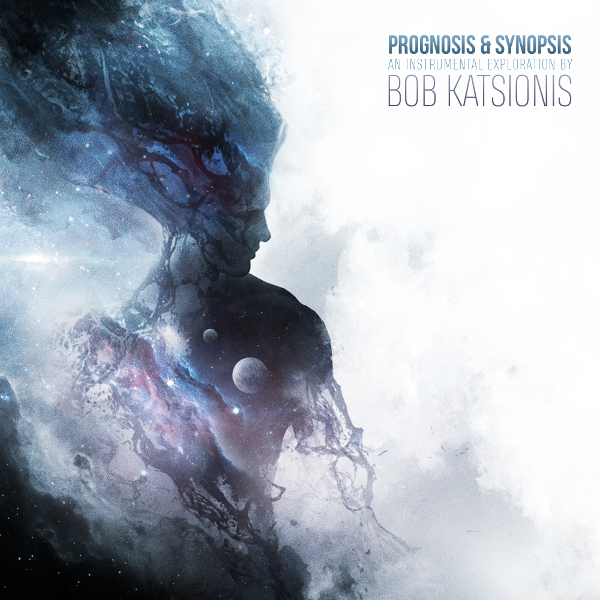 Babis “Bob” Katsionis plays guitar and keyboards in such bands as Firewind, Revolution Renaissance, Outloud, and Serious Black, but I’m not knowledgeable on the Greek metal scene, so none of those names means anything to me. Prognosis & Synopsis is his fifth solo album, the first I’ve heard. Progressive metal is a style I’m not generally fond of, though I firmly believe that good music can flourish anywhere, even in Greek prog-metal. On the whole, I think Katsionis manages to rise above the conventions of the genre to produce an enjoyable listen that transcends boundaries. While most of the tracks feature rhythm guitar parts that would be at home on virtually any metal album of the last 25 years, there are lots of touches that rise above cliché, whether it’s unexpected harmonic shifts, tasty synthesizer sequencing, or just a nice melody played expressively on the lead guitar. Katsionis counts among his influences such artists as Jean-Michel Jarre and Vangelis, which shows in some of the more keyboard heavy tracks. There are some symphonic touches, as on “Dark Matter,” which is my favorite of the set. It starts with a sequenced arpeggio on a synthesizer, sneaks in electronic percussion, and gradually builds up to pseudo-orchestral levels, with timpani and strings. Katsionis manages to pull this off without dipping into overblown pretentiousness. Less successful, to my ears at least, are the more standard pieces, where pummelling kick drum backs endless streams of fast-picked rhythm guitar notes and lead parts that run up and down the fretboard at breakneck speed. There are thousands of guitarists around the world who can do that, and by itself it’s no longer impressive without serving a musical purpose within the composition. On Prognosis & Synopsis it goes both ways, though on the whole, I think the keyboard work is more distinctive than the guitar. For listeners who like instrumental progressive rock and don’t mind a little metal in the mix, Katsionis is worth checking out.