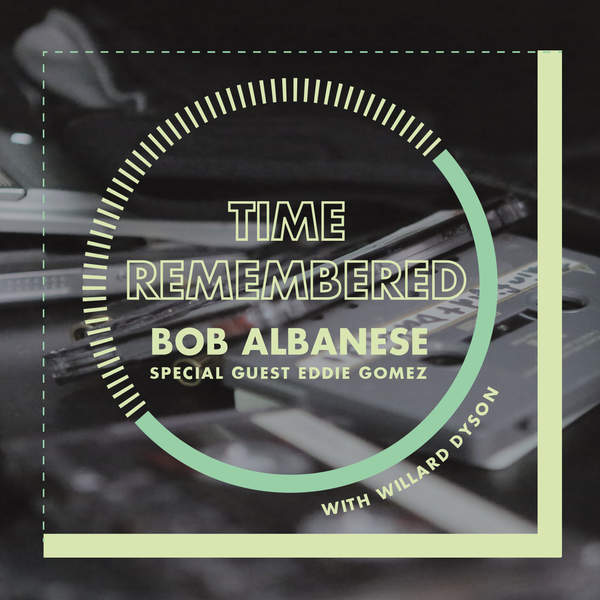 In relation to the broad streams of jazz, pianist Bob Albnaese fits into a fairly traditional post-bop style, the territory occupied by Bill Evans or Chick Corea and Herbie Hancock when they’re avoiding the electric and funky stuff. For this trio outing, he’s joined by drummer Willard Dyson and bassist Eddie Gomez, and they tackle a set of Albanese originals and some tunes penned by others (Bill Evans, Clare Fischer, Billy Strayhorn). Albanese’s piano touches on many aspects of the instrument’s history in jazz, with hints of stride, gospel, blues, and latin, all with a fluid lyricism that’s easy on the ear and mind. His playing is never aggressive or abrasive, and the rare touches of dissonance pass very quickly. Gomez provides some of the album’s highlights, with great solos, sometimes including vocalizing along with his bass notes. My favorite moments are on the upbeat tracks, especially the latin-inflected “El Raton,” where Dyson propels the energy, building on standard patterns to create an infectious groove. Another standout is “Herbie Lix,” a quick-tempo tune based on, you guessed it, a lick from Herbie Hancock. It’s a kind of neo-bop workout that pulls out the stops with its fast unison melody. The lengthy “Furmina Daza Suite” climaxes with Albanese’s flashiest work, where he goes for broke and seems to have more than ten fingers at work. Two vocal tunes finish off the set: “The Place” features ukulele and what sounds like bongo drums, and “Changes” has one of those self-referential lyrics that describes its own theoretical structure. These show a less serious side, but border on sappiness in spite of their light-hearted nature. Other tracks strike more pensive moods, and while they’re lovely and well-played, they don’t distinguish themselves from thousands of other jazz piano recordings. My taste in jazz runs toward the more outside, but for listeners looking for good recordings of classic sounding new music, Albanese delivers the goods.