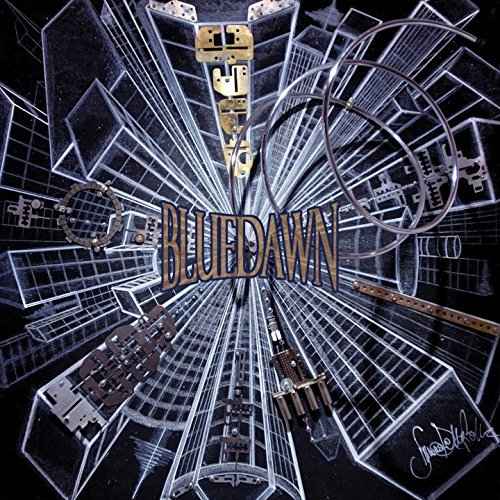 Edge of Chaos is Blue Dawn’s third album and it showcases a maturing band and a very cohesive set of tunes. They continue to be influenced by doom metal, dark gothic, and progressive rock, but this time these musical influences are tightly integrated rather than the hopping from genre to genre that characterized their previous album, Cycle of Pain. On Edge of Chaos, Blue Dawn delivers eleven outstanding tracks. They are also joined by guest musician Freddy Delirio, who wrote and played keyboards on the dark and spooky opening instrumental “The Presence.” There is a definite gothic theme running throughout the album, plus some urban jazz poking its head up on “The Perfect Me,” some tasteful King Crimson touches along with a crazed demonic guitar lead on the excellent “Serpent’s Tongue,” the numerous tempo and mood shifts of the gothic punk ”Burst of Life,” their superb cover of Celtic Frost’s “Sorrows of the Moon,” the gothic prog instrumental “Baal’s Demise,” and the Fields of Nephilim / Roxy Music influenced closing track “Unwanted Love.” Edge of Chaos is certainly one of the better 2017 Italian albums. Plus it is encouraging to witness a band coming together and solidifying their sound.