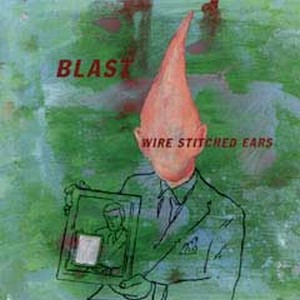 A Dutch quartet of guitar, bass, drums and woodwinds, this is Blast's second release (the first being the hopelessly obscure Puristsirup from 1993), and the first for Cuneiform. While their music is ostensibly rock based, they seem to pull more than their share of influence from the more recent proponents of 'chamber rock,' the early abstractions of Henry Cow, and perhaps even a touch of the downtown sound of bands like Doctor Nerve. The music is tightly composed within polyrhythmic structures, yet alludes to that improvisational spirit. Their jagged aggression, free use of dissonance, and well-focused complexity demands the listener's attention and involvement. A few of the tracks have some bizarre incidental lyrics sung in an equally appropriate manner. Overall, if one can appreciate the extremes of precision and complexity, along with an open minded sense of melodics and counterpoint, then this is the real stuff. Fans of Cow, Zappa, and modern chamber rock should find much here to enjoy.

Quiet Girl in the Lab